Hula Through the Neighbourhood with Lucozade's Positive Energy Spot 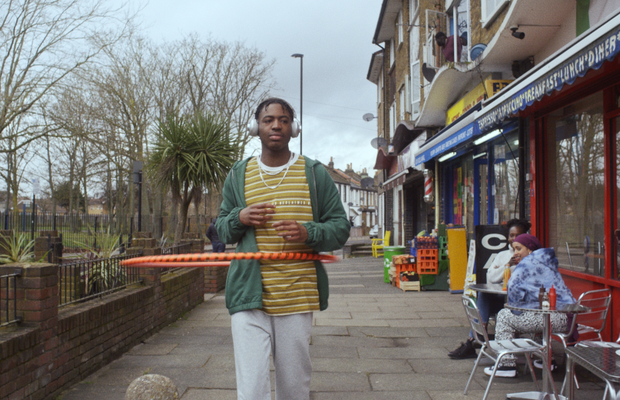 Lucozade, the UK’s biggest energy and sport drink brand, has launched its new multimedia campaign ‘IT’S ON’, created by adam&eveDDB, with a £10m investment and intended reach of 97% of the population between now and the end of this year.

The megabrand platform brings to life the positive energy that embodies Lucozade and that feeling you have when you’re ready to take on whatever’s ahead. It represents a major step change for the brand, as it will form the basis of all Lucozade comms for the foreseeable future.

Kicking off the push is ‘Hula’, a new creative breaking on TV, video on demand, out of home and social from April 2nd. In ‘Hula’, a man hula-hoops his way through his neighbourhood to Ini Kamoze’s iconic track ‘Here Comes The Hotstepper’, showcasing Lucozade’s positive energy: When you’re on, it’s on. The film, written by Genevieve Gransden and Selma Ahmed and directed by Max Weiland through Somesuch, is the first execution using the new ‘It’s On’ creative platform adam&eveDDB has built for the Lucozade brand.

The ‘It’s On’ campaign, planned and bought by MediaCom, will promote the full Lucozade Energy range and will be brought to life uniquely across the other Lucozade sub-brands,  supported by bespoke campaigns across Lucozade Zero and Lucozade Revive as part of a £3.5M investment in these brands during 2021.

Zoe Trimble, head of Lucozade Energy at Suntory Beverage & Food GB&I, said: “We are thrilled that our new brand platform for Lucozade is finally coming to life and it has been a fantastic collaboration between adam&eveDDB, MediaCom, and our in-house team, TED. ‘It’s on’ brings to life Lucozade’s iconic positive energy and what it feels like to be at your best. The platform will give renewed direction, distinction and value to this much-loved brand.”

Martin Beverley, chief strategy officer at adam&eveDDB, said: “Lucozade’s new campaign brings the energy of the brand under one simple idea: ‘IT’S ON’. Our new hot-stepping, hula-hooping hero is the embodiment of Lucozade’s positive energy.”

The new campaign also features Lucozade Energy’s brand new transparent bottle sleeves that enable bottle-to-bottle recycling for the first time on the brand. The TV creative nods to the importance Suntory Beverage & Food GB&I places on sustainability as the main character kicks things off by throwing his empty Lucozade Energy bottle into the recycling bin.

My Most Immortal Ad: Ryan Reed on City of Chicago's 'Boards of Change'