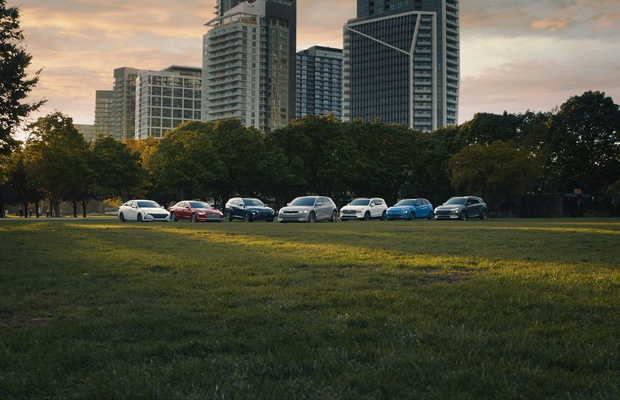 Hyundai offers Canada’s broadest lineup of alternative powertrain vehicles and the new campaign set to educate Canadians about the brand’s category leadership. To highlight Hyundai’s leadership and innovation within the electric vehicle (EV) space, the new campaign shows the full electrified line-up while introducing some of Hyundai’s newest alternative powertrain vehicles. This includes “driving” awareness of the Hyundai NEXO SUV, the first hydrogen fuel cell electric vehicle available to Canadians. Also making an appearance is the highly-anticipated IONIQ 5, a brand-new all-electric compact SUV to be launched in the new year.

The creative was produced by some of North America’s top talent including, eleven time Cannes winner, director, Brig White, who is represented by Steam Films in Canada. White worked alongside Innocean Worldwide Canada’s creative team, led by executive creative director, Ian MacKellar, to bring to life the concept that electric vehicles don’t just start with a spark, they start with ‘you,’ the driver. The overall concept was driven by Hyundai’s global vision of “Progress for Humanity” which aims to communicate what it believes the future of mobility looks like, which is to understand what the consumer wants. It is a redefined future where you make choices, “because of you”.

“This marks not only the first electrification effort Hyundai has put into the market, but also one of the largest creative campaigns we’ve created for our partners,” said Ian Mackellar, executive creative director, Innocean Worldwide Canada. “We were also thrilled to get the opportunity to work with Director, Brig White. He brought a real surge of energy to the project.”

The creative campaign is being supported with a fully-loaded media plan, including 60 second launch spots as well 30, 15 and 6 second cuts for digital use in addition to in-dealership communications, print, and cinema placements.  It will be followed by a number of EV launches later this year and in 2022.