I Am George Launches ‘I Am Bold, I Am George’ Billboard Campaign 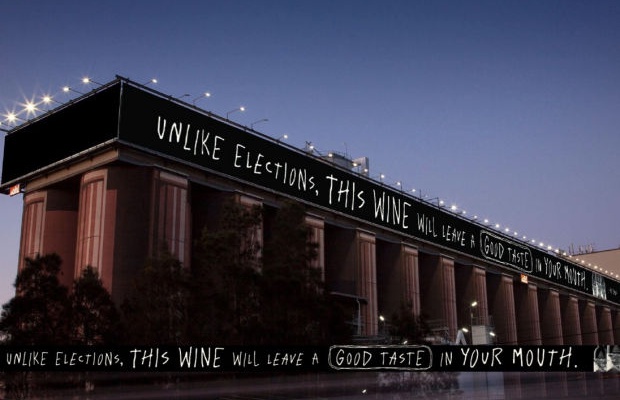 Pernod Ricard is launching a big and bold integrated campaign via Cummins&Partners, Sydney for wine brand I Am George.
I Am George launched in 2017 as an answer to consumers wanting something new and different in the traditionally conventional wine sector. The campaign cements the wines positioning by acting differently in the new campaign 'I Am Bold, I Am George'.
The campaign coincides with the 2019 federal election. With the brand’s above the line campaign 'I Am Bold, I Am George' draws an irreverent comparable between how Aussies collectively feel about the election and their taste in wine. The billboard on Glebe Island Silos will have the tagline – 'Unlike elections, this wine will leave a good taste in your mouth'. 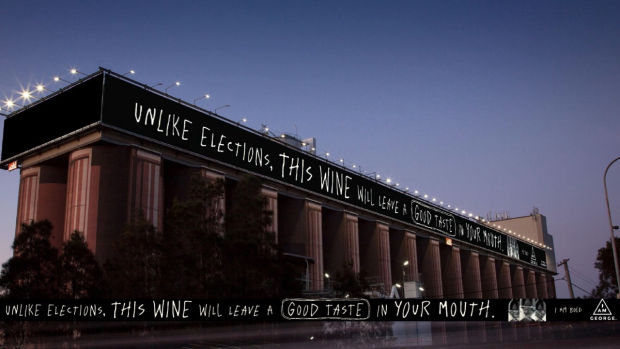 Says Eric Thomson, marketing director, Pernod Ricard Australia: “I Am George has a personality unlike other wines brands. George is a great tasting wine that doesn’t take itself too seriously and isn’t afraid to break the ‘rules’ of how wine has traditionally talked to consumers. We will be making ‘Bold’ statements that spark conversations to enjoy George with, rather than boring consumers by talking about grape typicity and aromas.”
Says Kirsty Muddle, managing director, Cummins&Partners: “I Am George is a wine that challenges convention. It gives license to a campaign that can be bold and interrupt the status quo. I Am George, ‘I Am Bold’ in the first instance will culture jack the election.
Leading the campaign, I Am George will be taking over the Southern Hemisphere’s largest billboard on Glebe Island Silos from the 13th of May to the 2nd of June where it highlights the award-winning wines frank tone and quality credentials. I Am George promotes responsible drinking.