I Said What I Said: Courage, My Love

In his regular column, Harjot Singh, global chief strategy officer at McCann shares some hard-earned advice for the exceptions daring to be exceptional 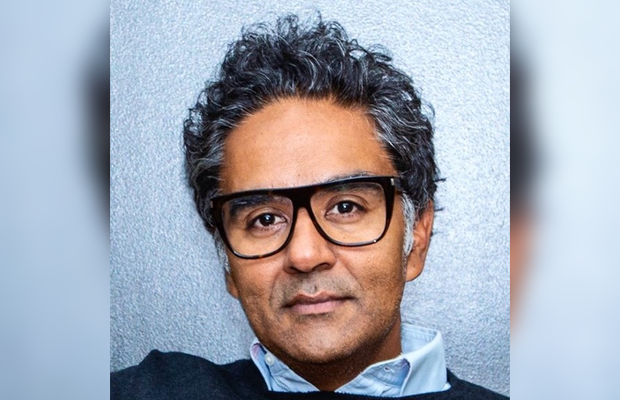 Even though the title of this post might be inspired by one of my favourite vintage stores in Toronto and a Canadian rock band, this column is more than that.
It is an opportunity and a platform for me to share insight I have have acquired; through trial, through error and through my experience of navigating this industry, and my otherness over the last 25 years.
It is for anyone who can relate to the unique situation, conditions, and context that many like us experience as we embark on a career in the creative industry.
From being an intern full of ambition, and self-doubt, to being part of a global leadership team of the world’s most creatively effective agency network, this is about sharing what I have learned over the last 25 years.
But as we know, experience alone does not lead to learning, deliberate reflection on experience does.
When I reflect on the past 25 years across the six countries I have lived and worked in, I am not just looking back on past actions and past events. In the spirit of reflective practice, I am taking a conscious look at the emotions, experiences, actions, and responses, and using all that as additional input to my existing knowledge, to reach a higher level of understanding.
That being said, I would be lying if I didn’t admit that I wish I didn’t have to learn all this, figure it out, on my own. But when I looked around the industry and at folks in global leadership roles in the mid ‘90s there weren’t many that looked like me physically or in personality who I could look up to.
I knew early that if I wanted to be it, I had to become it.
And that’s why this is for anyone and everyone who is making their way into the industry and making their way to the top where the folks almost certainly don’t look like you or relate to the world like you do.
It is for everyone who is an exception daring to be exceptional.
Last time, in reflecting on the season of Pride, and with the aim of offering advice for anyone who feels pressure to tone down aspects of themselves at work, I wrote about not dimming your light because you have the right to shine.
Today I want to reflect on courage.
I have learned that courage is essential because it is the only way to overcome the fear of failure, brought on by the fear of being inadequate, brought on by the fear of your otherness.
And here’s the thing about courage. Contrary to what some may say, I am of the belief that you aren’t born with it. It is cultivated. Over time and with stubborn resolve. I say that because you will be tested and tried and told and shown otherwise.
Not because it’s some conspiracy really, but because that’s just part of being an exception.
Courage is the single most influential force within you that can help you shift from simply being an exception to becoming exceptional.
In a business like ours where your point of view is arguably your most compelling and competitively advantageous point of difference, I have learned that there are two immediate ways in which you can cultivate courage.

The easiest way to begin cultivating courage in this business is to begin by trusting yourself.
I have learned that if you do not, then you will forever be looking to others to prove your own merit to you and you will never be satisfied. You will always be in reaction mode; saying and doing things that are an outcome of your reaction to someone else’s originality, or someone else’s assumption about who they think you are, and who they think you should be. All of which is based entirely on their expectations, assumptions, and beliefs about you. You, who are not like them. You, who are not expected to be like them. You, who don’t know that yet.
I have learned that when you’re different and want to fit in, unless you are conscious of it, it’s easy to succumb to asking others what to do, and at the same time even end up resenting those from whom you seek such validation in the first place, because you are always worried about fitting in when in fact you could be the one lifting and elevating the work, yourself, and everyone around you.
Upon reflection, I have learned that worry is the enemy of courage, in the same way generosity is the test of courage.

Know when to unfriend your inside voice

A long time ago, in New York, a teacher once said to me that the thought you pick is the song you listen to. I have never forgotten that. To me, that meant I had the power to choose. I could hit stop, skip, or delete rather than worry about listening to a song that didn’t feel right or didn’t make me want to dance if I wanted to dance.
But it started by listening, by being conscious and alert, by being present. The same is true at work. As soon as you become aware of the untrusting and unsettling voice of self-doubt in your head, you also acquire the power to hit stop, skip, delete. Unfriend it, and let it go.
I have learned that every time you choose to exercise your power to unfriend that voice, you cultivate courage.
This courage is what ultimately creates the room for you to learn about yourself, to embrace your flaws and strengths and know what comes naturally to you, and where you need to invest more of yourself to better yourself. It is this practice of cultivating courage that will gift you days in which you will feel powerful and self-confident, victorious over that inner voice of self-doubt.
Whilst self-doubt is the enemy of self-confidence, I have learned that self-doubt spares no-one, which means you will have days in which you don’t feel powerful, but it takes courage to know that they don’t define you.
Upon reflection I have learned that your career is the legacy of your courage.
Courage, my love.