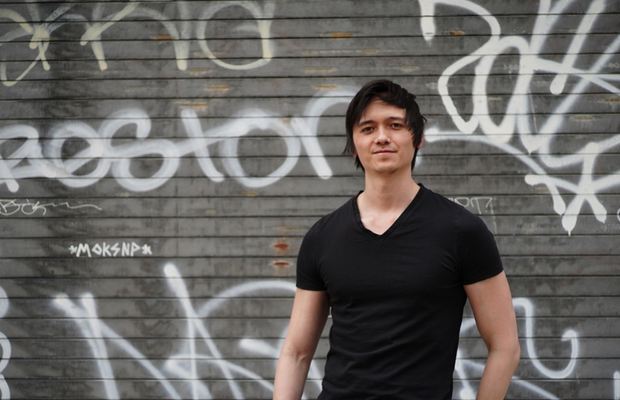 Having joined the team at Blacksmith last year, VFX supervisor and compositor Ben Kwok is fast making a name for himself in the industry. Having recently worked as lead compositor on both AllState’s ‘Moon’ as well as Zillow’s ‘Journey’, he’s continually turning his hand to whatever challenges are thrown his way - from Coronavirus restrictions to ever-evolving VFX tech
In this interview, Ben shares his journey so far, his vision for the future, and how Star Wars inspired him into the industry.

LBB> Tell us a bit about your background and where your passion for the industry began?

Ben> I'm from Yorkshire in England, where there wasn't much of a VFX scene, so I had to seek it out. I worked in film in London before moving out to New York in 2014. I'm 100% certain my interest in the field came from Star Wars when I was about 7. The first time I saw Luke ignite that lightsaber, I remember thinking it was the coolest thing I'd ever seen, and I had to have one. It turned out that the only way to get one that looked the way it did in the movies was to do it digitally, and so that's where it started for me!

LBB> Where did you learn your craft and are there any specialist areas you are most interested in?

Ben> I started learning the basics from some early online forums before I decided to actually get a degree. I studied at Bournemouth University and got a BA in Computer Animation Arts, which was great, but I remember the first two weeks working as a professional artist in a real studio was a true eye opener, and I haven't stopped learning since.
Compositing is my bread and butter, and what I've done day in, day out for close to a decade now. But I'm getting more and more interested in real-time engines for layout and concept work, I think that might be a tool we all end up relying on more in the near future.

LBB> You’ve been at Blacksmith for over a year now, what drew you to them and what have been your highlights so far?

Ben> I'd been in contact with Blacksmith a few years prior to joining the team, and I already knew most of the people working here, but I wasn't ready then. I think once I'd started to rise through the ranks and started to carry more responsibilities, I started to pay more attention to the way that the different companies I'd worked for were run, along with their ethos and attitudes. Blacksmith is owned, founded and run by people who want to do it their own way, and I think that's why it's a great fit.
I've had a run of really great projects so far at Blacksmith, but strangely one of the highlights has been seeing the company adapt during Covid. One of our strengths is our size and how quickly we can shift our workflow and just keep going. We delivered some big jobs during the height of the pandemic, and we've gotten back to being able to take on big, challenging, creative jobs earlier than most I think. The recent Zillow job we did is a great example of this.

LBB> And outside of Blacksmith, what projects are you most proud of so far and why?

Ben> Before my time at Blacksmith, I'd had the opportunity to work on a few sequences of the movie Kingsman, which was one of the first credits I got that my mates actually saw in the cinema. I was also a lead compositor on a movie in 2019, which was an awesome responsibility, and I got a peek behind the curtain at a bigger vertical slice of the film industry. I've also had the pleasure of working on some big commercials for directors that I admire. PlayStation 'The King' comes to mind.

LBB> What do you love most about your job?

Ben> There's a boatload of reasons to love my job. I love that all of the time spent watching movies, TV and playing video games is useful in my career. I love that the job evolves along with the available tech, and so you're never done learning. I love working in a team - I wasn't really into sports as a kid, but I think I've definitely found my team sport in this business.

LBB> You were one of the lead compositors on Allstate’s recent ‘Moon’ ad. What were the most memorable moments for you on this project and what were the biggest challenges to overcome?

Ben> Moon was a great spot! I think as far as memorable moments go, once we'd tested the first shot with everything in there - the buggy, the moon surface and the dust - and we saw it was going to work, that was the greenlight to just throw everything at it with the confidence of knowing it was going to look great no-matter what.
The biggest challenge was the fact that the movie Ad Astra had set the standard as far as high speed moon buggy joyrides go, so we had to measure our work against an 80 million dollar movie. I think we looked at probably the same NASA references from the Apollo missions and came up with our own look, so I'm proud of our work there.

LBB> Outside of work, what are your interests and hobbies? Did you get to work on any passion projects over lockdown?

Ben> Actually yes, I'm on a mission now to pick up all of my old hobbies I had as a 15 year old. So I've started to play my guitar again and I've mastered a couple of songs that gave me a lot of trouble back then. I'm also trying to revive my digital painting skills, and take a concept art course online so that I can lay down shot ideas faster than I can in comp. Next on the list is skateboarding, but I'm not sure my old knees will thank me for that one!

LBB> What excites you most about how VFX is advancing and where the industry is heading right now?

Ben> I think seeing the use of real-time rendered backdrops in TV and film is really exciting, not just because of the advancement of the technology, but because it shifts some of the important decision making up front. I think being able to lock down an environment or a look before a shoot, actually allows for greater freedom once you start rolling, and in theory means less of the 'fix it in post' attitude. Hopefully that results in more time being spent on the creative aspects of VFX later, rather than the more executional type of work.
The pandemic has been a big shake up for everyone I know in the industry, but I think in general, the ability to work from home has been the biggest thing. I'm still one who likes to be in office, speaking with my team, but the flexibility to check renders or export things from home means less dead time hanging around after hours, or the ability to work on jobs happening in another timezone from anywhere in the world is now possible.

LBB> Lastly, how do you hope to progress your career over the next few years?

Ben> I think Blacksmith has a reputation for having excellent shoot supervision practices, I hope to hone that skill once we're able to travel again more freely. There's also an incredible amount of support for any creative projects we want to pursue internally, so I think that's something I definitely want to tap into at some point to maybe make something of my own.