The promotion follows three years of creative momentum for FCB/SIX, culminating in Data/Analytics Agency of the Year and agency’s first Grand Prix at Cannes 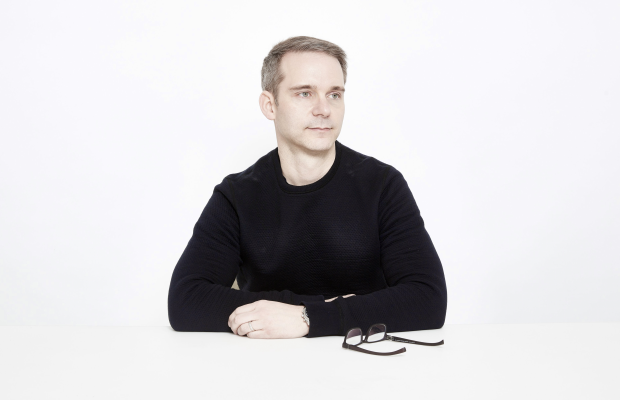 FCB/SIX president Andrea Cook today announced that Ian Mackenzie has been promoted to chief creative officer.
Ian's ascension comes after three years of remarkable creative momentum for the agency, including at this year’s Cannes Lions, where FCB/SIX won its first Grand Prix for Black & Abroad’s 'Go Back To Africa.' The campaign showcased Ian's ability to be uniquely empathetic in his storytelling and also took a provocative step to shifting the derogatory narrative around the phrase 'Go Back To Africa.' It won the top honor in Creative Data – Social Data & Insight as a result of Ian's leadership and the diverse team at the project’s core.
Ian joined FCB/SIX in June 2016 as executive creative director. While in this role, he spearheaded 'Destination Pride' for PFLAG Canada, which became the most awarded Canadian campaign at Cannes Lions 2018 and won big at every other major industry award show, including well into 2019. Groundbreaking in conception and execution, 'Destination Pride' is a global platform that reimagines the Pride flag as a dynamic bar graph that visualises the world’s LGBTQ+ laws, rights and social sentiment.
“My work is driven by a fundamentally optimistic view of the interaction between technology and creativity,” said Ian. “If we build diverse teams for brave clients operating in a highly complex marketplace, then their creative partners can run towards that complexity. A big part of my role involves merchandising technological complexity to other creative thinkers. In this context, ideas are table stakes – execution is the differentiator.”
Ian also leads work at FCB/SIX for BMW, CIBC, Johnson & Johnson Vision, Genpact and Kijiji/eBay.
Before joining FCB/SIX, Ian held creative leadership roles at KBS and Tribal Worldwide. While at Tribal Worldwide, he was integral in creating masterful work for McDonald’s Canada and Canadian Tire. Most notably, Ian co-created and wrote the transformational 'Our Food. Your Questions.' transparency platform for McDonald’s, which began in Canada and then launched globally. In 2014, he was ranked #1 Copywriter in Canada, and has won a total of 21 Cannes Lions. Ian started his career in copywriting at Grip Limited. He also holds an Honours BA in Visual and Performing Arts from the University of Toronto.
“Ian has the unique ability to intuitively leverage data and technology to create world-changing, business-driving campaigns. He is an authentic leader, storyteller and platform thinker devoted to his craft and evolving our industry for the better,” added Andrea.
Ian will continue to work in partnership with Andrea, after having jointly fueled the agency’s best-in-class use of data and technology to drive creativity as Ad Age’s 2019 'Data/Analytics Agency of the Year.'