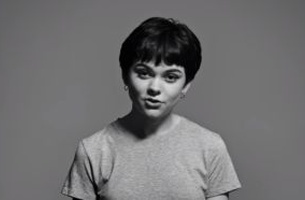 Acclaimed filmmaker Darren Aronofsky has teamed up with Generation Z activists from all over the country who are calling on their peers to vote in the midterm elections and the Sierra Club Voter Education Fund.

Produced by Aronofsky’s Protozoa Pictures and Chromista, the video features people active in movements for indigenous rights, gun control, rights for the disabled, immigrant rights, climate justice, and transgender equality, among others, passionately advocating for participation in this November’s election.

“First time voters have the power to make a massive impact in the upcoming midterm elections, but 18-20 year olds are part of a demographic that has historically failed to participate in National Elections. It’s time to change that,” said Aronofsky. “We are working with a dynamic group of activists from all over the country, who care about an array of causes, including Delaney Tarr, David Hogg, Chella Man, Xiuhtezcatl Martinez, and Gavin Grimm, and filmed them speaking about what issues will be most important when casting their votes next month.”

“The passion these activists share about their causes is contagious. All of them are between the ages of 18-20. None of them were eligible to vote in 2016. But now they can be heard, and all of them are passionate about voting,” Aronofsky said. “We hope their activism inspires Generation Z to get to the polls on November 6 and speak up for the issues that are important to all of us.”

“These activists are not the leaders of tomorrow, they are leaders of today. Their work is inspiring for anyone who is fighting for safer, more equitable communities for all and their call to action deserves to be heard not just by their peers, but by those in power who have been ignoring the future of our country for too long,” said Michael Brune, the Sierra Club’s executive director.