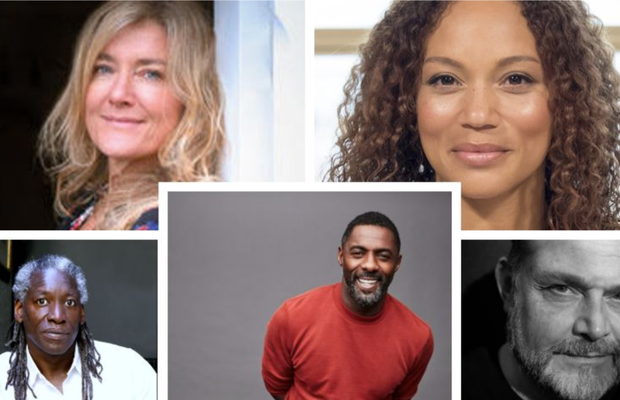 Voiceover Scout, a nationwide talent search, conducted by The Bourne Consultancy launches today to find new, exciting, different, diverse and distinctive voices who fancy their chances of becoming commercial voiceover artists.
Open to anyone aged 18 and over, the contest is the brainchild of The Bourne Consultancy founder and ex-voiceover agent Melsie Bourne and is staged in association with Loud and Clear Voices and No.8 London.
During the first lockdown Melsie spent a lot of time pondering two very different issues. Firstly, the difficulty she was having finding voices to fulfil some very big brand voiceover briefs and secondly, her desire to give back, by helping someone break into the industry that has served her so well these past 25 years.
The result of that pondering is Voiceover Scout.

The competition has an impressive line-up of judges made up of the great and the good of the creative industries including actors Idris Elba, Angela Griffin and John Thomson as well as renowned creative director Trevor Robinson OBE, and leading creatives, producers and agents.
Idris Elba said: “I’m delighted to have been asked to be a judge for this fantastic new initiative, Voiceover Scout. It’s such a wonderful industry but can be very hard to break into so I am excited to be playing a part in giving a total newcomer a chance to break through. Looking forward to hearing some great new voices.”
Actress Angela Griffin has worked as a voiceover for over 20 years. She said: “So much of this business is luck, but you can make your own luck if the opportunities are there. It’s great to see people in the industry giving something back and opening up the field.”

Why the industry needs Voiceover Scout

Melsie added: “Being a voiceover is not as easy as it sounds. It comes with a lot of pressure. It’s not just reading a script. It’s reading a script that has taken a creative team weeks to craft. You’ll be reading in a studio with the client and you’ll be expected to bring it to life for the first time.”
She added, “Professional voiceovers are great if you want accents, performance, or a well-known voice, but less so if you are after different, diverse and distinctive voices.
“Brands have never been more conscious of reflecting the incredible diversity of the UK in the casting of their ads, and now they’re looking for different, diverse and distinctive voices to be the voice of their brands too.”
Despite having some 25 years experience between them, the team at The Bourne Consultancy have been having increasing difficulty finding these voices within the existing professional voiceover community.
So now it’s time to extend their search to the nation.

What can you win?

The winner of Voiceover Scout will be given the chance to break into what has been, until now, a closed industry, which is why the competition winner will be represented by a leading London voiceover agency, and given the opportunity to record a professionally produced showreel.

Top voiceover tips from the pros:

1. Find the right content: Find a script/piece that you genuinely enjoy reading and find interesting
2. Pick a style natural to you: Don’t be afraid to try lots of different scripts to find your natural style
3. Listen back: Get to know your own natural voice, record yourself and listen back
4. Get comfortable: Relax, enjoy it and don’t be afraid
5. Always be yourself: Let your personality shine through. Be yourself. Be natural!
6. Get animated: Practice recording sitting down, standing up or using gestures. This may bring some unexpected life to your script or piece.
For more tips from the experts and to enter the competition, visit www.voiceoverscout.com
See the full list of judges here: https://voiceoverscout.com/#judges

How the Voiceover Scout competition works:

● The competition is open to anyone who is 18+ and a UK resident.
● The contest closes at midnight on Sunday 13th December.
● All people need to do to enter is upload a recording of their voice (max 30 seconds long)
● The reading can be of anything - a poem, script, a story or the lyrics to a song
● The winner will be announced in the new year (early 2021) and will be invited to No.8 London to record a professional showreel and meet their agent.

More from The Bourne Consultancy

The Changing Face of Celebrity Endorsement