Celebrating IKEA's 25th anniversary in Spain, the show from McCann follows a generation that doesn’t know life without IKEA and had to survive in a house from the past 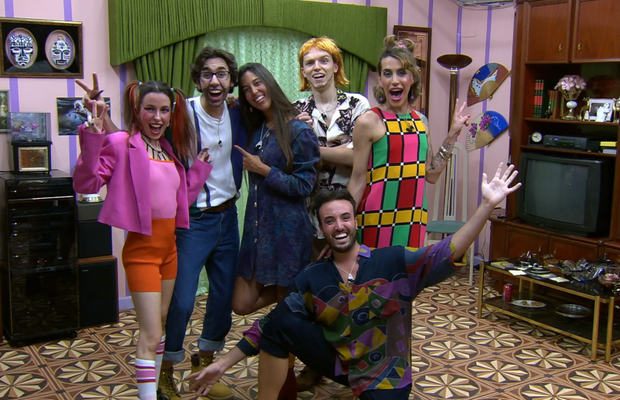 Rotary phones, itchy blankets, and explosive stoves pushing a group of six contestants to their limit. They are the IKEA natives, a generation born after 1996 that never had to figure out life without brand’s slick home solutions.

To celebrate IKEA’s 25th anniversary in Spain, McCann orchestrated this branded content campaign that has taken over culture by blurring the line between reality, fiction, and advertising.

“It’s the first time that IKEA has made a campaign in the format of a reality show: The goal was to show in a humorous way how IKEA’s products have democratized design, marking a before and after in Spanish homes since its arrival in 1996,” says Laura Durán, marketing and insights director for IKEA in Spain.

McCann worked with specialised reality show producers and writers to create the show, and spent weeks searching for the perfect mix of contestants.

“We didn’t want to make an ad that looked like a reality show. We wanted to make a reality show. Period. You could call this an integrated campaign and you would be right —it’s totally pervasive. But the way we see it, it’s an extremely popular TV show that happens to be an IKEA campaign,” says Emiliano Gonzalez De Pietri, CCO of McCann Spain.

“This is the most successful branded content campaign we’ve ever done. Every single metric is off the charts. Spain has officially fallen in love with Trapped in the 90’s,” added Laura Durán.

In the show, six contestants aged 25 and younger lived together 24/7 in a set designed to be a perfect replica of a house from the Spanish 90’s. During their stay, they had to overcome challenges such as sleeping under heavy and itchy blankets instead of a IKEA’s airy duvets or keeping up with their skin care routine in a bathroom with any of the brand’s storage solutions.

Thankfully, civilization didn’t entirely bail on the contestants. IKEA’s new arrivals, administered in painfully small doses by the showrunners, gave them a glimmer of hope and a way to survive the ordeal.

Trapped in the 90’s was co-directed by Maxi Blanco from LANDIA and Santy García, from Big Brother. It was shot at El Alamo Studios in Madrid, where the house of the 90’s was brought to life by more than 20 cameras. As a result, 100+ hours of content were recorded, eventually flooding TV and social media in what has already become a pop culture hit.

CAMPAIGN: TRAPPED IN THE 90’s

Behind the Work: Creating a TV Series to Celebrate 25 Years of IKEA in Spain