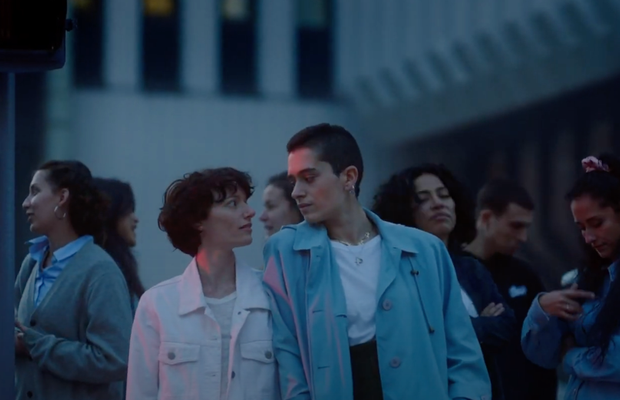 For their latest campaign, IKEA Spain collaborated with Indie singer, Sandra Delaporte to cover the iconic Spanish song from the 80s, ‘Pero a tu lado’, to celebrate those who stand shoulder to shoulder during difficult times.

This homage is present in every frame of the music video, in which a dozen dancers support the protagonist of the artistic piece on her journey to IKEA.

The contemporary choreography unfolds beautifully under the soothing voice of Sandra Delaporte, who brings one of Spain’s most iconic pop classics to modern times. In her indie rendition, she emphasises the emotion behind the human message of the original lyrics.

Echoing that sentiment, IKEA’s marketing director, Laura Durán says: "The lyrics of the song are, in itself, a statement of intent that reflects the importance of helping others. It leaves an indelible impact on our lives, whether it’s us helping others or vice versa.”

This is the first time IKEA uses the music video format to bring their message to a larger audience. The film is cushioned by other assets, all with the metaphor of standing shoulder to shoulder as the campaign’s common thread. In its entirety, the campaign pays homage to the innately supportive nature of Spanish society, which revealed itself during the pandemic.

The campaign is another step in IKEA's brand mission: "We all deserve a true home" where the company aims to fight social inequality. In this vein, a challenge has just been launched on social networks, which puts the focus on solidarity and the importance of selfless gestures towards others. Users can join individually by sharing how they help others through the hashtag #ArrimarElHombro (stand shoulder to shoulder, in English).

The company has also invested 10 million euros to reduce the price of up to 130 of its products - including some of their iconic bestsellers like the BRIMNES bed, the VEDINGE kitchen front and the BILLY bookshelf - during this fiscal year 2021.

Behind the Work: Creating a TV Series to Celebrate 25 Years of IKEA in Spain