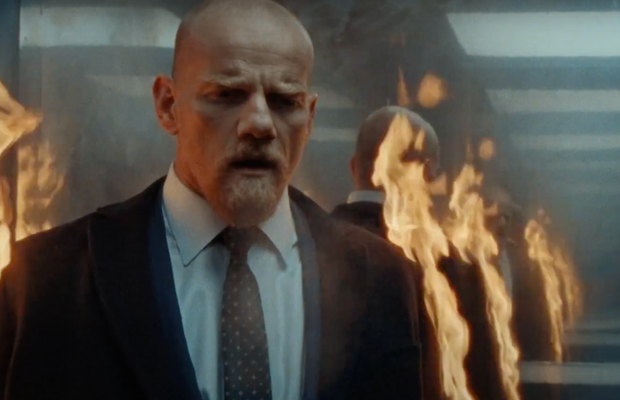 Running your own business can be tough. From closing deals and growing your team to fixing printers and buying supplies, the first few years are often a balancing act between achieving your dreams and burning out completely. To prove that growing your business doesn’t need to cause endless stress and paranoia, however, Russian bank Tochka has debuted a new campaign with Voskhod that tells entrepreneurs ‘do what only you can do’.

Directed by Great Guns’ Ilya Naishuller, and starring Yuri Kolokolnikov (Tenet, Game of Thrones, The Hitman’s Bodyguard), the dizzying spot throws viewers in the deep end of running a company, using claustrophobic camera work and an intense electronic soundtrack to show what happens if you let a business push you to your limits. Fortunately for our protagonist, Tochka Bank offers modern management tools that give entrepreneurs and enterprises the ability to delegate responsibility - and spend more time focusing on what’s important.

Shot on 16mm film, the spot follows an entrepreneur as he faces the trials and tribulations of running his own business. Exaggerated imagery of disgruntled employees, endless filing, and corporate paranoia is cut together at breakneck speed as notes pile up, phones ring, and the office is invaded by a SWAT team. This final moment, revealed to be our protagonist’s own imagination, leads him to reflect in his post-it adorned office before deciding to sign up to Tochka. As soon as he becomes a client, the post-its fly away and we are finally left with a sense of calm and control.

Ilya Naishuller comments: “Inspired by the many stress-inducing minor and major tasks a business faces every day, my goal with this spot was to overwhelm the audience with non-stop anxiety-riddled shots. I opted to shoot it on 16mm film to up the grittiness and the old-school tone - obviously influenced by Darren Aronofsky’s Pi. We cast Yuri Kolokolnikov as the lead not only due to his strengths as an actor, but also his monolithic physicality - when a mountain crumbles, you know something serious is going down.”