Managing director and partner at independent creative agency The Public House, Catrióna Campbell, shares five Irish projects that she considers to be immortal... 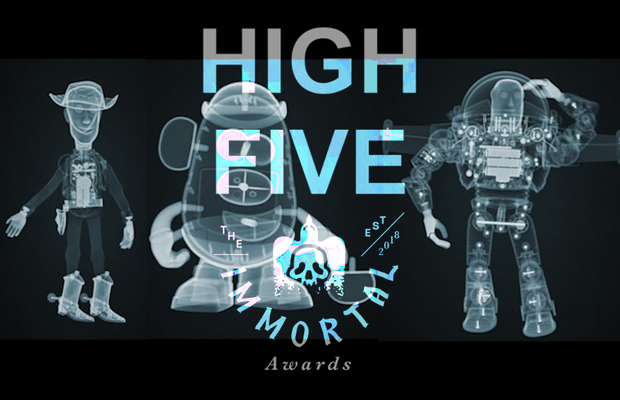 Our philosophy at The Public House is that boring doesn’t sell - we genuinely believe that the most dangerous thing a brand can do is play it safe. And that’s how I evaluate work - every piece here demands attention, and brings the brand / issue to the world in a really interesting way...

Agency: Boys+Girls
My first pick didn’t so much tug at my heartstrings than it turned me stone cold. Boys+Girls' radio campaign for Swim Ireland thoroughly deserved its recent D&AD award. As a parent of young children, it lands why you can’t take your eyes off your kids for a second. The sound design is extraordinary, and the young voiceover is chilling. The human truth is at the core of this spot, which is what makes this so impactful.

Esat Digifone - 'The Guy from the Bar'

Production: Toytown Films
Director: Dom Murgia
We’re famous all over the world for our sharp wit, and the rug-pull of this piece is a great representation of Irish humour at its best. There’s an understandable wariness of using gags - humour is subjective so it’s easy to get it wrong - but this piece works because it doesn’t overdo it. It’s from 1999 - way before we talked about ‘cultural relevance’ - but this is a piece that is embedded in Irish culture, even if anyone under 30 doesn’t understand life before the iPhone.

Agency: BBDO Dublin
I’m a big fan of clean and reductive print. I feel it’s the strongest test of an idea - if the idea works in a format where the attention span is about 3”, then everything else is easy. This idea is perfect print. It has an idea, it brings a smile and it solves a problem. This is one of those ideas that you
just shout ‘export it’ - every children’s hospital across the world should have this on their cold clinical walls.

Agency: ROTHCO
I’m a firm believer in advertising for good, and for six years of my career, I specialised in issue-related marketing, working on Department of Health and Department of Education public information campaigns in the UK. Because of that experience, I know how fraught it can be working on a big complex issue, which is why I absolutely love the simplicity of this campaign. Flipping the lies and the hate into something as lovely as confetti is given extra impetus by having a fundraising mechanic built in, which makes this more distinctive - and more powerful - than other awareness-raising initiatives.

If ‘immortal’ is about something that lives forever, my final pick is definitely that. It doesn’t meet the brief to be a ‘fantastic’ piece of work, but it did the most important job in advertising - it was memory-making. This ad, which I first saw back in 1988 as an impressionable seven year old, was about the classic life lesson of running out of bread, with the line ‘Fred, there’s no bread’ becoming a default catchphrase in households all over Northern Ireland, and still features as a t-shirt slogan today. The actual execution is as bad and as dated as you would expect from something from the 1980s, whilst the canned laughter soundtrack feels like a precursor to 'Mrs Brown’s Boys'. But as I say, it’s certainly ‘immortal’. Don’t judge me too harshly for it.