Paloma Adrien, lead executive producer at Craftww Madrid, delves into five Spanish ads that she considers to be immortal 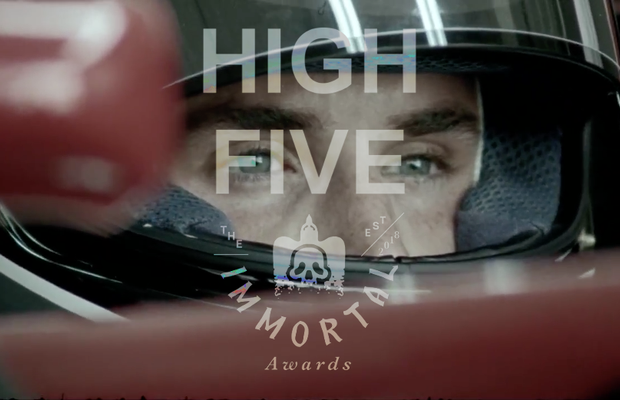 When I was asked to choose my top five Spanish ads of all time, I thought I needed to choose ideas that had changed people's behaviours - ideas that made an impact (including incorporating slogans as phrases from Spanish daily life); the ones which inspire agencies, clients and even the creators to push their boundaries further. I tried to select pieces that keep the creative souls in us alive and have become immortal in their own ways. I hope you enjoy them as much as I do...

Agency: SCPF
The title at the end of the film says: "Do you like driving?". With this, the ad tries to encourage people to enjoy the time you spend on your BMW and enjoy the trip. They don't even need to show the car because the brand wants to positioning on the experience side. A hand moving out of the car window as you drove along endless roads, there is no greater feeling of freedom. This gesture - turned into a campaign - transformed car advertising in Spain and the world, and also transformed the brand, demonstrating through the screens the emotion you felt when driving a BMW. The important thing was not to show you the product they wanted to sell but to show you what you were going to experience. A car ad without a car. A campaign claim that has accompanied BMW for more than 16 years and has remained forever in our lives. An immortal campaign.

Agency: McCann Spain
Director: Alex De La Iglesia
Food processing company Campofrio is very famous for its comedy in Spain. In year of a very bad economic crisis, it's asking itself if it's possible to always be happy and positive. In the ad, when the characters have bad thoughts, all of them have a meeting where the best comedian in Spain is buried, and they ask him how to be always positive. He always answers with an amazing sketch, full of humour. The final title says: ”Don't let anyone take away our way of enjoying life.” 2011 in Spain was a dark time. We were in the middle of one of the deepest economic crisis' of recent years. Like every Christmas, we were waiting for the same ads as every year, those of Champagne, Christmas chocolates or lotteries, without much desire. And suddenly, a sausage brand appeared on our television screens to remind us that we could handle anything, and they did it using the way we Spaniards solve everything here, with a sense of humour. They brought together the best comedians in the history of Spain to ensure that nothing and no-one could take away our way of enjoying life. Since 2011, every Christmas we wait for the Campofrio ad and every year they surprise us with ways to enjoy life.

Agency: Villa Rosas
Every time I see this campaign, I want to be better. Wonderful text, spectacular execution and hypnotic music. One of the most spectacular manifesto-type campaigns of all times that went through the WhatsApp of all Spaniards during its launch to make us see that we have to live for what makes us happy. So, if you don't like the world of creativity, don't do it. If you don't feel it, don't do it. Immortal.

IKEA - 'Welcome to the Independent Republic of My Home'

Agency: SCPF
This ad shows different homes and ways to life (not as in perfect houses and perfect people, but instead depicts disasters or natural ways to live). With this, the brands wants to say that you can choose how to live, because your home is a place to be you, so just choose what you want and enjoy it. The final title says: “Welcome the independent republic of my home". It's one of those campaigns that you realise went straight to the heart of the Spanish people. IKEA, a Swedish furniture brand with impossible-to-remember names, landed in Spain - the country in Europe where young people would leave their parents' house much later. And with this ad, everything changed. Every Spaniard realised that we could have our own house as we were, how we lived and how we wanted to live, breaking the traditional canons of time. A campaign that was also transformed into a product - a doormat - which is still alive today, welcoming thousands of houses in our country. An immortal republic. Years later, going to IKEA is already a weekend plan for Spanish families.

Agency: Villa Rosas
This film shows you a perfect summer, with the final title saying: "The good things never end if there is something to remind you of it." This implies that when you drink an Estrella Damm, you will be reminded of those memories. The beer market in Spain was very localised by territory - each area of the country had its own. With this campaign, Estrella Damm managed to transfer the making of this beer to not be just for a specific territory, but instead for all of us. It achieved the need to live an immortal summer, took over the spirit of the Mediterranean Sea and is a way of life that is still alive. A group of young people, an unforgettable island and a song transformed our summer forever. The song from the advert reached number one in the main music charts in the country. Today, Mediterranean is more alive than ever.