Managing partners Director X, Taj Critchlow, Karena Evans, Dean Rosen & Fuliane Petikyan are behind the lifestyle brand with the motto: Own Your Culture, Tell Your Stories 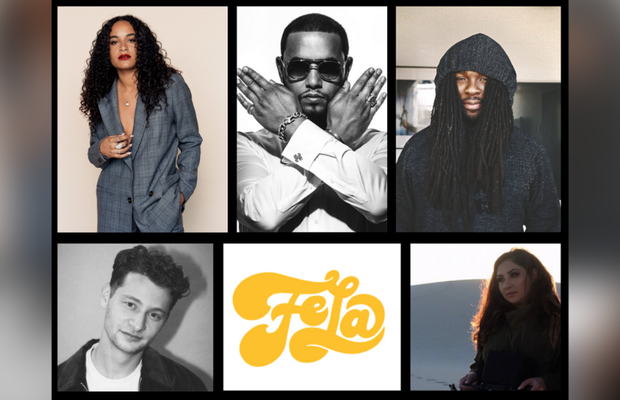 FELA, the Toronto-based production company which specialises in the creation of cutting-edge music videos, commercials, branded content, documentaries and films, is raising its flag in America. Launched in Toronto in summer 2020, FELA stands apart by providing a voice for the unheard and underrepresented, while injecting relevancy and cultural authenticity into everything they create.

FELA will engage the advertising sphere in the same way its founding partners, Taj Critchlow and the legendary Julien Christian Lutz (pka Director X), have penetrated the American music industry. Close collaborators for over 20 years, the pair have worked with musical icons such as Drake, Kendrick Lamar, and Rihanna, and brands such as Bud Light, Facebook, Toyota, Fuji, American Express, Nike, and more.

In addition to continuing their legacy of making culture-defining content, Critchlow and X have adopted the mission to continue the fight for a diverse and inclusive media industry. Critchlow explains, “Being a Black executive, I’ve witnessed firsthand the challenges faced by Black, Indigenous and people of colour (BIPOC) and women within our creative industries.”

“Which led me to come up with our company mantra: Own Your Culture. Tell Your Stories. It embodies the state of mind I share with so many others who are tired of asking for a seat at the table. It’s time to put ownership back into the BIPOC entrepreneurs, artists, and communities that create the work and gain authority of our own narratives.”

Director X comments: “FELA is looking forward to the day that inclusion and diversity is the new standard versus a mandate. Culture drives everything, and we need to empower the people that drive it, PERIOD.”

With their ambitions made clear, FELA has assembled a team of executives with the experience and passion to bring their ethos stateside. The group, which includes COO Dean Rosen (whom Critchlow refers to as “the Rick Rubin of the company”) is expanding with award-winning filmmaker and actress Karena Evans in the role of Creative Executive Producer. Known for helming the highly acclaimed pilot for P-Valley, as well as the highly anticipated pilot for HBO Max's reboot of Gossip Girl, Evans and Director X will now both be represented by FELA for advertising and music video work throughout the U.S. and Canada. Additionally, veteran producer Fuliane Petikyan, a longtime top-of-list collaborator of the entire FELA crew, has been made Managing Partner and will be heading the LA operation.

While FELA presently boasts a roster that is 53% BIPOC and 38% female-identifying, what defines FELA is not its composition, rather the quality of craft. FELA’s roster is made up of hyper-collaborative, fresh-voiced, world-class artists who can stand alongside the best of the best in North America and abroad.

After a white-hot first year out of Toronto – which included a Grammy nomination for Drake and Future’s 'Life is Good', and the release of Underplayed, a feature-length documentary funded by Bud Light - FELA’s aims for the future are limitless. Already there is an industry-focused podcast underway, and several FELA-owned properties in development. To bring it all together, they’ve locked in strategic sales representation coast to coast, partnering with Dana Balkin and Frank Antonoff from Resource in the west and Barrie Isaacson Management in New York.

Petikyan summarises why FELA was the only place that could lure her away from freelance producing, “I feel blessed to be in the company of the visionary creatives and executives that make up FELA. I believe in FELA’s mission to bring diversity and inclusion into our industry. To create not only a responsible company that does groundbreaking work, but one that will be a force to set new standards for our industry. For the past few years, I have prioritized working with this team, and it’s because of the rewarding bond we’ve created. This isn’t just a job. This is a family.”