Sergio Lopez, chief production officer for UK & EMEA and UK & EMEA CEO of CRAFT Worldwide, on how an influencer mindset is the blueprint for a forward-thinking and winning formula for our industry 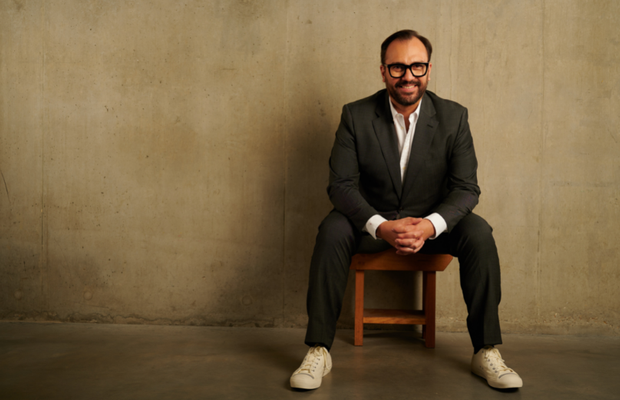 It’s easy to forget that, when influencers first arrived on the marketing scene, they solved many of the long-running problems the industry was experiencing. In a period not dissimilar to now, when everything seemed to be transforming at lightspeed, influencers provided us with a new way of working - based around trust and authenticity.

Apologies for the brief history lesson, but it’s worth keeping in mind as we look towards the future. Today, there isn’t a trade conference to be found without some form of ‘future of advertising’ event at which we try to guess what will happen next year by extrapolating lessons we learned last year. Whilst it’s hard to know which trends will prove more durable than others, I firmly believe that the answers we’re looking for can be found in influencer marketing.

For many of the same reasons which were true when we first started working with influencers, they are perfectly-placed to help us with the modern challenges of 2021. In total, there are five reasons why I am confident that influencers can point us in the direction of success in the future.

Influencers are brands, media channels, creatives and makers all rolled into one. In a post-Covid landscape which has heightened the complexity of the marketing world, we know that we are all going to have to work a lot more closely than we might have done in the past. Television is shifting from on-air to on-demand, and from audience-driven to personalisation. This is opening up a world of possibilities, and it’s clear that change is on the horizon as we begin to ask big questions of the current model.

For example, the structure of a 30-second ad made for captive audiences does not make sense for an increasingly GenZ audience which is accustomed to 10-second videos. Therefore understanding the role of the brand, where and how the audience engages with content, and what precisely about that content is engaging to them is key. Doing this will require a huge amount of collaboration and communication across different parts of the production process. This is the perfect environment in which an influencer mindset can thrive.

Influencers are their own well-defined brand. Their social media channels have millions of followers, many more than most TV stations. They blur the line between creativity and production, and they’re not shy about thinking on the fly about ideas and how to make them happen. From the outside looking in, I’ve found it fascinating to see the ways in which agencies engage with influencers - many will work with them in a specific area, but few will do it as a whole. Creative agencies use them as talent for ads, media agencies as product placement or branded entertainment, and clients as sponsors.

But working with influencers can help us to evolve with our audiences and foster a necessary culture of collaboration. After all, integration is second nature to influencers.

2 - Influencers are Omniformat and Omnichannel

Brands that do not have a clear production strategy often struggle to produce work which can be used across television, print, digital, e-commerce and social. For them, TV and print are the priority and everything else is left to be figured out after the fact - often only once they realise they cannot re-use assets or afford new ones.

Influencers, on the other hand, know that their content needs to work on horizontal, vertical, and square screens as a minimum requirement. It also needs to have static and motion versions, utilise sound and also be subtitled. Amidst the multi-channel revolution which is happening all around us, we could all benefit from an influencer’s approach.

Content brought to life by influencers will often exhibit the kind of care and consistency which can only belong to natural storytellers.

For years now, we’ve been talking about the shift from campaign-driven marketing to long-term strategies but few have truly adopted such an approach. From my perspective, I still see brands which get lost between ‘evolving the conversation’ and ‘re-inventing the brand’. Different campaigns get made by different agencies, with a different production company re-inventing the wheel and thereby throwing away the brand’s hard-won equity.

For a contrast, look at influencers. They’re excellent at sticking to their brand and their story. Khaby Lame pokes fun at home hacks, Uyen Ninh tells us what it’s like to be Vietnamese in Germany, and Saint Hoax uses TV and film footage to create parodies of current affairs. Millions of people follow them and they know what to expect - whilst they might try and evolve their stories once in a while, they stay true to their format and their audiences. In the world of brands, there are only a very select few (L’Oreal, Nike, Bud Light…) which enjoy the same consistency and recognition factor.

4 - Influencers are In-House and External

In-house, external partnerships, decoupling - for many of us, these are exclusive terms as opposed to different tools. However, take a look at how Kelli Erdmann’s choreographies have gone from low-budget living room shoots to full-scale elaborate productions whilst maintaining her voice and authenticity.

The lesson here is that influencers are able to seamlessly combine taking selfies with high-budget photoshoots. They have no problem scaling up with whoever they need to at the shoot, or during the post-production process. For many of us in production, there’s a lot to be learned from that flexibility.

5 - Influencers are Constantly Connected to their Audiences

When it comes to their audience, an influencer is always-on. They are driven by data and never scared to optimise their content on the fly. The shift from on-air to on-demand (combined with big data) means that practices from social and digital will inevitably bleed into linear commercials.

It used to be rare to make changes after a spot had started running - it was often a sign something had gone horribly wrong - but when a campaign’s performance is available live, why not optimise as soon as possible? Given that we have the tools to do it, audiences are frequently vocal in their feedback, and post-production and distribution are becoming faster, it’s difficult not to believe that optimizing campaigns won’t become the norm.

Influencers are masters of this art. Buzzfeed’s Tasty, for example, might know that posts with melted cheese often perform better than those which don’t. Armed with this knowledge, they don’t need to delay in adapting their messaging.

Finding The Best of Both Worlds

Over the past few years, influencers have evolved and grown very quickly. What’s been so impressive about their ascendency is that it’s taken them virtually no time at all to figure out what more established companies in the industry have been trying to achieve for years. Perhaps that’s because they are building their world from the ground up, and they are essentially very small organisations despite the major impact they have had on our businesses and society.

Nonetheless, there is one thing that influencers need to remember and protect. Namely, that people put their trust in them at a time when they felt they could not trust anybody else. Be it corrupt governments, seemingly biased news organisations, or embellished advertising, people reached out to influencers because they valued their truth and transparency. However, it has recently been flagged that 55% of Instagram influencers were engaged in fraud. The bigger their following, the more likely an influencer is to have been part of that 55%. This is a particularly sensitive problem for influencers, given that trust was such a motivating factor behind their initial popularity.

For our part, advertisers, agencies and production companies have been working for decades on repairing our relationship with people. 81% of consumers believe that it is the brand’s role to make the world a better place, so we have been working hard to re-establish that trust through integrity in our ideas, and the ways in which we produce them.

So let’s work together and create the best of both worlds. We can help brands become more trusted by telling their stories in a consistent way and helping them meaningfully connect with their audiences. If we can achieve that, brands will become influencers who can play a positive role in peoples’ lives, and around the world.