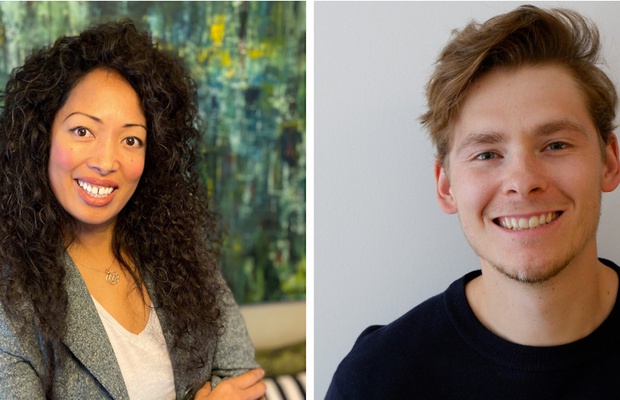 Innocean Worldwide Canada announces the onboard of integrated producer, Christine Charles, and account supervisor, Blair Weyersberg, who joined the agency earlier this month.

Christine has joined the agency’s full-service studio as an integrated producer, responsible for helping to develop and produce videos alongside the agency’s accounts, creative and video editors. Among her primary duties, Christine will play an integral part in helping the agency to advance its internal video production processes while managing projects and resources from concept to completion.

Christine brings to Innocean Worldwide Canada a wealth of experience in broadcast television, digital products and services, corporate communications and branded content. Before coming to Innocean, Christine spent over a decade at TVO where she managed and produced video and digital assets. Her knowledge and expertise at each stage of the broadcast production pipeline adds tremendous value to Innocean Worldwide Canada’s internal video production and content creation team.

Elsewhere, Blair Weyersberg has been hired on as an account supervisor on the agency’s brand experiences team. His main focus in the coming months will be working alongside teams to develop and execute innovative brand experiences for Kia Canada Inc., particularly as it pertains to their CHL partnership and auto shows.

Previous to joining Innocean Worldwide Canada, Blair spent two years at Publicis Emil where he helped to develop and mange fully integrated national marketing campaigns for Mercedes-Benz. Previously to this, Blair was an account executive at Ogilvy, and also worked with agencies including MakeLab and the T1 Agency. Throughout his career Blair has worked with several brands including Somersby, Carlsberg, Kronenbourg, The Heart & Stroke Foundation, among others. His experience managing national campaigns and branded experiences in various industries will be a true asset to Innocean Worldwide Canada as it looks to further build on Kia’s experiential strategy in 2020 and beyond.