Innovation and Crazy Dreams: Check Out the Grands Prix Winners from the Penultimate Day of Cannes Lions 2021 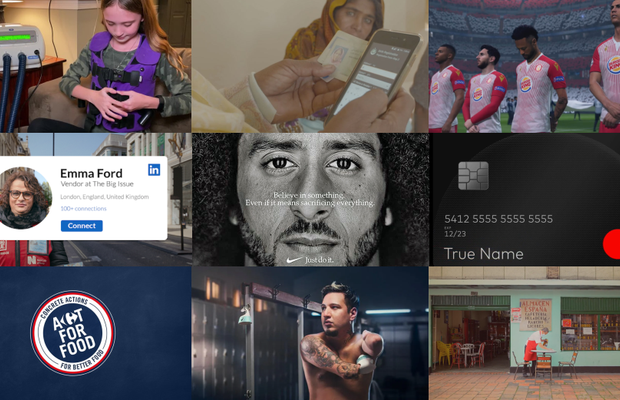 This is the maiden year for the category which, according to the Cannes Lions website, celebrates “the creativity that drives businesses forward – creative thinking that changes how businesses organise themselves, how people work and how customers engage with them”. Given the pressure on big businesses to adapt and change to address the environmental and social issues impacting the planet, its potential is intriguing.
The inaugural Grand Prix winner went to French supermarket Carrefour and an initiative called ‘Act for Good’. Created by Marcel Paris, the program includes nine concrete initiatives to help the brand’s customers and employees eat better, and generally improve the planet’s food systems.

This was another category that provided intrigue due to the rapid acceleration of eCommerce fuelled by Covid-19 and the shutting of much retail. There were two Grands Prix awarded. ‘Tienda Cerca’ by draftLine, Bogota for AB InBev is a hyper-local eCommerce platform and free online delivery platform that offers home delivery of essential goods and at the same time supports small businesses and consumers through the pandemic.
The other winner was a campaign by FCB Inferno for British magazine The Big Issue. Sold by homeless people, the pandemic left many of its sellers with zero customers and zero footfall. This super smart campaign matched up sellers of The Big Issue with customers through LinkedIn.

Tasked with recognising creative, comprehensive brand building through experience design, activation, immersive, retail and 360° customer engagement, the jury gave out two Grands Prix in the Brand Experience and Activation Lions. Mastercard ‘True Name’, by McCann New York, is a trailblazing idea that allowed trans / non-binary people to pay for things with their true name - not the name on their card. Vicki Maguire, jury president and chief creative officer at Havas UK, described it as a piece of work that “touches you, that hits something, that you feel before you actually comprehend it”.
The second Grand Prix - the third of the week for this work - was presented to ‘Stevenage Challenge’ by DAVID Madrid / DAVID Miami for Burger King.

The Grand Prix winner in the Radio and Audio Lions went to ‘SICK BEATS’, a remarkable campaign that has already taken home the Pharma Grand Prix earlier this week. Created by Area 23, an FCB Health Network Company, for Woojer, the project is revolutionising therapy for children with cystic fibrosis with the first ever music-powered airway clearance vest.

A second Grand Prix of the week was awarded to 'Naming the Invisible by Digital Birth Registration', a campaign by Telenor Pakistan / Ogilvy Pakistan, for Telenor Pakistan. Andrew Keller, jury president and VP, global creative director at Facebook, called it a “beautifully ambitious project”. He added: “I love that the work is sustainable, this isn’t a campaign that’s here today, gone tomorrow, it’s something that’s going to drive continued change for Pakistan in an incredibly powerful way and we were all blown away and beyond inspired by this piece.”

The Grand Prix winner in the Innovation Lions was surprisingly but delightfully analogue. Unilever’s Degree Inclusive’, by Wunderman Thompson Buenos Aires, is a deodorant bottle designed specifically for people with visual impairment and upper extremity impairment. Claudia Cristovao, head of Google Brand Studio, APAC and jury president, said: “One of the two ladies that presented this to us actually said, mid-presentation, that there was something wrong with fixing virtual worlds when there was so much to solve in our world… This project is driven by such principles of equality but also such humility to tackle something quite as daily and as mundane as a deodorant. It unfolds into the massive impact of being a clear and optimal solution for so many other things that it actually could be a massive game changer and challenge our preconceptions about what it means to put a product into market for a mass audience.”