Sergio Lopez, chief production officer for UK & EMEA and UK & EMEA CEO of CRAFT Worldwide, argues that we need to shift our perceptions of ‘craft’ in order to cater to increasingly sophisticated audiences 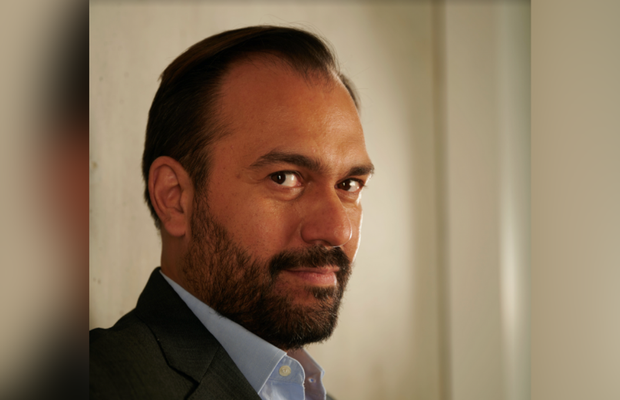 The film opens with a beautiful vista of a desert at sunset. Grains of sand, painstakingly crafted by a team of best-in-class animators and producers, flicker past the screen as the silhouette of a hero slowly paces into view. While the sun continues to fall, dynamic lighting and expertly framed shots illuminate our hero until they are visible only by the calm, celestial light of the moon and stars. With a tilt of their cap, our hero opens their lips to utter the unforgettable opening line -

And the viewer - let’s call them Sam - presses skip. For Sam, that was simply too long to wait for the latest installment of Gamer Brain’s latest lo-fi Minecraft video.

Make no mistake, the ad itself was beautiful. The production values were totally cinematic, the storytelling was impeccable, and the whole thing was shot by an award-winning director. And yet, none of that mattered when push came to shove. Because the audience (Sam, in this case) was simply not captive.

The harsh truth is that, in an on-demand world, the question advertisers need to answer (within no more than six seconds) is ‘why should I care?’. We’re competing for the same audience that spends between two and three hours per day compulsively watching 15-second videos on TikTok or scrolling through Instagram – and yet they apparently can’t be bothered to watch the kind of production-heavy, award-winning ads we slave over and champion.

For some, the conclusion to be drawn from all of this is that nobody cares about craft in advertising anymore. And, even worse, those who DO care about craft have simply lost touch with their audiences.

At first glance, I can see why someone might think that. Dig a little deeper, however, and you’ll find the truth is something else entirely.

In 2021, people have become very smart in the ways they choose to waste their time. On top of that, they are also distrusting and unwilling to commit to something which they fear will disappoint them. In the same way that people are attracted to a TV series because the format is familiar, they engage with influencers because they know what to expect.

Where craft comes into play is in attracting the viewer towards one particular piece of content, and subsequently elevating the brand value. In other words, the quality with which something is produced reflects the quality of the brand. Great craft, as it has always been, must be deliberate and purposeful.

For example, Libresse’s ‘Bodyform’ ads use a wide variety of techniques staying within a certain raw style to artfully convey the message that they are a brand for all types of women. The art direction is stunning, and the ads are consistently produced to an impeccable standard. L’Oreal’s Eva Longoria Excellence TV ad was shot by Eva herself at home with an iPhone, and the craft values are equally as good because they convey the message of transparency and accessibility.

The problem that craft runs into, I believe, is that it is too often confused with ‘scale’ or even just ‘a cinematic style’. Craft is not just about something which is grand and beautiful - and it never has been. Something purposefully ugly (see Moldy Whopper) or purposefully simple (see Xbox’s Game Tourism) is well-crafted.

So, no, craft is not remotely in a crisis. But our perceptions of it need to be re-adjusted.

As I look across the work which has been recognised at recent award shows, I am starting to feel that we as an industry are leaning towards a visual style which relates less and less with what people like Mincraft-loving Sam are engaging with. Just look, for example, at the cinematography shortlist at AICP or the APA awards. Beautiful, considered, dark, and intimate. Now look at the trending music videos on YouTube. They are invariably bright, playful, colourful, and spontaneous. There is a disconnect here.

I’m sure I’m not the only one who likes to look back and feel nostalgic for the ‘golden era’ of big, beautiful, cinematic television ads. But I am not exactly desperate for that era to come back, either. We can still produce big, cinematic, narrative-driven ads and more spontaneous content.

We have to collectively change our mindset. We are not in control of our audiences, simply feeding them what we think is good, with an expectation of passive consumption. They are in control now. So, we need to up our game, broadening our concept of craft to something which connects better with the likes of Sam.

If we can do that, they won’t skip past us next time.