As a new generation of filming technology floods the mass market in the form of smartphones and more affordable kit, Stone Dogs’ Brian Carbin reflects on the implications for the industry 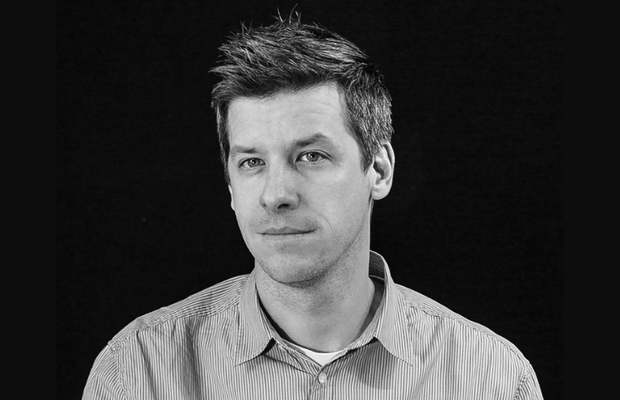 Before watching 'Tangerine', I knew that the acclaimed comedy-drama had been filmed on an iPhone 5S. The film had whipped up a fair amount of noise as it toured around 2015’s festival circuit - most of which coalesced around director Sean Baker’s unconventional filming techniques (but also, it needs to be said, simply because it was a good film).

I went into the experience half-expecting to be wowed by the capabilities and potential of the kind of smartphone which could be found in millions (maybe billions?) of pockets across the world. In the event, however, I stopped caring about the iPhone aspect. I didn’t give a damn, because it took nothing away from the experience and I was simply engrossed in the storytelling.

- Above: 2015’s 'Tangerine' tells the story of a sex worker who discovers her boyfriend has been cheating on her. The comedy-drama was filmed using three iPhone 5S smartphones.

'Tangerine' has been on my mind again lately, as last year’s iPhone 12 pro brought about yet another jump forward for handheld, mass-market filming tech. In truth, filming using handheld devices has gone from being an eye-catching artistic choice (I’m thinking of 'Tangerine' here, or even 'The Blair Witch Project' if you’re feeling retro), into a practical one. And, honestly, the results are superb.

Tech Yourself Before You Wreck Yourself

So what is modern mass-market tech actually capable of? And, to address the elephant in the room, should established filmmakers be worried about losing out on pitches to students with a shiny new Samsung?

The big plus is, rather obviously, the price of entry. Film kit that would have set studios back tens of thousands of pounds only a few years ago is now available for thirty pounds a month (or at least a pretty good imitation of it is). Using the iPhone as an example, Apple has cleverly bridged the gap between its older models by retaining established software and workflows as part of its ecosystem, while adding in low light sensors and a more powerful lens to set the latest model apart.

The iPhone 12 Pro is also, as Apple proudly boasts, the first ‘device’ ever to capture, edit and playback in Dolby Vision. It’s hard to believe that the company isn’t consulting filmmakers when it comes to each iteration - the benefits for the filmmakers and enthusiasts amongst its audience are clear to see.

In addition to all that, there are practical benefits to shooting with something so small as a smartphone. You’re able to be quite agile as a filmmaker within tight, claustrophobic spaces. The appeal for directors - particularly those working on a horror project - are obvious.

There’s also an element of what could be called ‘realism’ that gets picked up on-screen when you film using a phone. You can see that shine through in 'Tangerine', where the film at times looks as if it could be happily cut up into bite-sized TikTok videos without many people noticing (and that’s a good thing). It’s there, also, in Apple’s ‘Shot on iPhone’ ads which never fail to catch the eye.

- Above: A campaign released in October 2020 for the iPhone 12 pro sees Academy Award-winner Emmanuel "Chivo" Lubezki get to grips with the company’s latest product.

It’s worth noting, also, how these advances in hardware are coming through at the same time as a more widespread adoption of 5G. The flagship advantage to super-fast data for filmmakers is how easy it suddenly becomes to get footage off your camera and over to an editing or VFX team in a remote location. High frame rates and 4K eat up storage very quickly, so being able to clear them off and keep filming is important if smartphone users are going to compete with cameras that have removable storage.

What’s more, the timing is also fortuitous when it comes to changing audience attitudes towards ‘blockbuster’ films. Since the pandemic, it’s now pretty commonplace to see a big-budget release arrive on streaming platforms rather than heading to theatres- and audiences appear to be fine with that.

We can debate all day about whether this is a good thing (I don’t think it is, I want to go back to the cinema), but one thing can’t be denied. All of a sudden, creating films suited for enormous, eye-popping screen sizes is not a prerequisite even for the most big-ticket of movie releases. That sound you hear is the window of opportunity for filmmakers using smartphones opening ever-wider.

So what constitutes a professional filmmaker in 2021? Well, despite the unprecedented ease of access on the tech side, there is still no substitute for experience. A film student can have all the tools and kit in the world, but it’s still practice which will make perfect. It’s still well within the interests of young or up-and-coming filmmakers to seek mentorship - and it’s equally within the interests of established filmmakers to provide it.

Ultimately, perhaps the biggest change these technological advancements will bring about within the industry is a more symbiotic relationship when it comes to mentoring. Green filmmakers still need to hone their craft - but established ones can benefit from the increased tech literacy of the upcoming generation. Filming on handheld devices is now a viable option for pretty much any kind of project, even for established studios. If a new generation of filmmakers are currently becoming experts in that field, all the better for the rest of us.

Tech will never replace the craft of filmmaking, and access to it will never make up for experience or artistic vision. However, the industry has to recognise that change is underway, and embracing the diversity which will inevitably flow from greater accessibility to top-tier filming kit can only be a good thing for everyone.

- Brian Carbin is the co-founder of Stone Dogs

The Art Of Repurposing