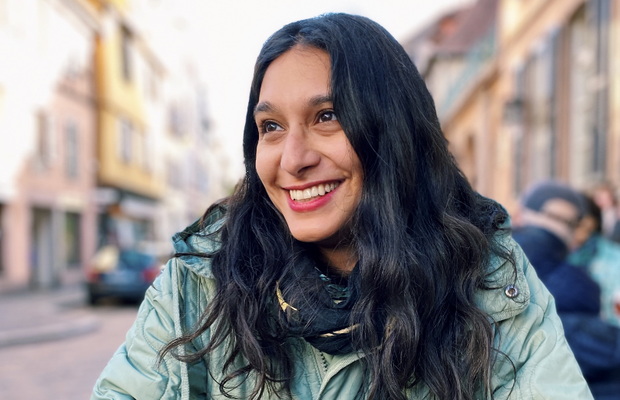 Planners and creatives – a match made in heaven, right? Like every long-term relationship, there are highs and lows… but after having worked on both sides, I can confirm, there’s trouble in paradise.
When I started my career in New York, I was in a planning department of brilliant and curious minds, people I looked up to (and many I still look up to, to this day). There was a collaborative culture that blurred the line between what was a planner’s role and what was a creative’s role.
And then I moved to France.
When I arrived in Paris, I was a bit shocked at the planner-creative relationship: it was non-existent. The creative duo, which has always been a sacred pairing, was completely closed off to any external help. Somewhere along the line, the love triangle had been broken, without any explanation. What I saw, in the simplest of terms, was a hand-off of a brief between account / planning to creatives. I felt robbed of what I had considered to be one of the most stimulating and exciting parts of my job… and I wanted to change that.
So, I crossed over to the other side, as a copywriter.
Getting the opportunity to work in this new role opened up my perspective on the planner-creative relationship. It made me realise how creatives in France felt like they were fighting against the system in many ways… and the planners were seen as part of the system.
When you’re sitting on the other side of the table getting briefed, you realise how planners can come off as intimidating creatures. They’re supposed to be the brainy, highly intellectual ones… in France I’ve even heard “the smartest person in the room” (which definitely made me laugh). And I believe some planners feel they need to upkeep this stature, so it shows through their demeanour of briefing. Automatically, this creates a tension between the ‘brainy’ and the ‘creative.’
But I had insight on what was happening on the planner’s side of the table: anxiousness, mirrored feelings of intimidation and a bit of insecurity around the idea they were about to present to a creative team. Every planner wants to see a creative’s face light up when we deliver a brief - we want to feel a sense of camaraderie and appreciation. We don’t want to be part of the system, we want to be part of co-constructing good ideas.
But when walls and tension are built from the get-go, it’s hard to understand one another.
The fact is that the creative process is a fragile one, and at times, I wonder whether true creativity is in danger of going extinct. Our industry has entered a phase of ‘creative machines’ where we expect full-baked ideas to be churned out at the speed of light and delivered immediately.
Unfortunately, creative ideas aren’t sold on your Amazon Prime next day delivery account. They take time to find, to crack, to bring to life, to craft and of course to be presented in a way that challenges and changes perspective. When a creative team feels that this isn’t understood, a barrier is put up and it takes a looooong time to break it down to rebuild the trust.
The experience also made me rethink about what it meant to write a good brief, and how important it was to know your audience (aka the creative team). A valuable lesson to planners: what may excite one creative will drive another one into the pits of despair.
Whether we like to admit it or not, part of our job as planners is to inspire our creative teams. Now, you cannot read that sentence as “planners are at the service of creatives” – absolutely not. It’s about COLLABORATION. About feeding off each other’s brains and perspectives and insights. About understanding why there’s a barrier of comprehension in one person’s mind and not in the others. About throwing ideas on a wall (even if they’re terrible ones you wish you never said out loud) to get to a headspace where the good ones start to thrive. About putting an end to playing an assigned role and letting our guards down. It’s about creating trust between humans.
I see planning and creative as intrinsically linked. As a planner, I feel a sense of responsibility to protect this partnership. We not only need to play a role of challenging creative teams, but we also need to be in their corner. We need to be able to nurture seeds of ideas to help them grow so they have the opportunity to live. To become the voice of creative reason.
We need to each play a part to rekindle the love between this throuple in France, the future of creativity depends on it.