'Make Future' from director Paul Geusebroek, Halal and Dawn captures the perilous changes ahead due to climate change 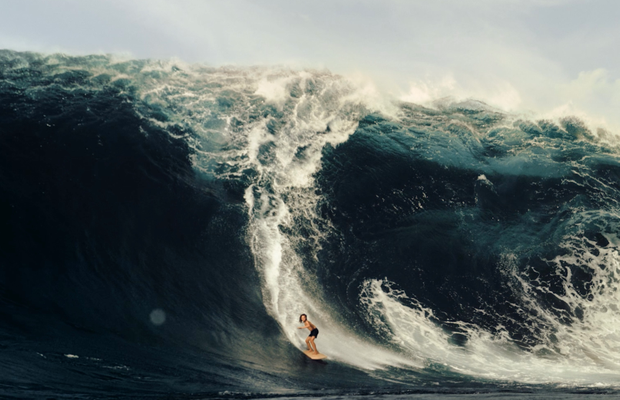 Dystopian images of melting ice floes and an unliveable world, burning Amazon forests and endless advice on how you as a consumer can have a tiny influence on the climate. It’s enough to make one despondent or passive. Yet climate activism is more important now than ever. After all, we have less than 10 years left in which to halt the perilous climate change. Which is why Greenpeace Netherlands is launching a major public campaign developed by the creative strategic agency Dawn. Make Future. A campaign focused on hope, connecting and impactful climate action, with the aim of changing the future. After all, it’s still not too late.

Drawing on the latest insights into effective system change, Dawn and Greenpeace have developed a campaign that calls for three acts: make friends, make trouble, make future. Or as Jurian van der Hoeven, strategist at Dawn, puts it, “By working together, by breaking rules - what civil rights activist John Lewis calls 'good trouble' - and by speaking up we can change the future.”

Dawn’s Ward Graumans believes that from a creative perspective, too, a new voice is needed for the climate movement. “By avoiding frightening images and using creativity to give resistance and climate activism a new tone and style, we can involve a larger group in urgent change.”

The epic film, directed by Paul Geusebroek of HALAL, steers clear of climate conventions and 'conference jargon’, translating ‘Make Future’ into an iconic metaphor that brings together the power of nature and of people. Paul Geusebroek: “The metaphor of the future as a wave immediately appealed to me. The climate is without doubt the most important issue of our times and I wanted to help get that message across through this film. It’s now a question of surfing or drowning.”

The seriousness of the climate and biodiversity crisis seems to have reached its way into every living room, every boardroom and every serious political party. Nobody can ignore the harsh reality anymore. But it is still not being adequately acted upon. Andy Palmen, interim director of Greenpeace Netherlands: "Now more than ever before, it’s about the climate movement inspiring others to take action as well. We’re in an incredible hurry. Greenpeace wants to inspire people to take action themselves, in their own way. That takes bravery and we want to encourage people."

So it’s no coincidence that the campaign is in the name of Greenpeace & Friends. ‘Friends’ of Greenpeace are people who dare to show courage, who stress the urgency of climate action and who transform the growing sense of despondency into an optimistic movement. ‘Friends’ also refers to a group of donors who made it financially possible to develop this mass-media campaign.

In addition to the usual online and social channels, Greenpeace Netherlands has this time opted for mass media, in collaboration with ZIGT. Maximum impact and reach are more important than ever right now. Especially for this campaign, which will get an impressive launch via film, radio, outdoor and online.

‘Feel good trouble’ is a common thread that also runs through the design and identity, again developed by Dawn. In the run-up to the Dutch parliamentary elections in March, meters-high outdoor displays and a huge poster campaign will call people to take action and make politics green. Developed together with Daylight, Makefuture.nl is the platform via which 'feel good trouble' activations will be organised throughout the entire year.