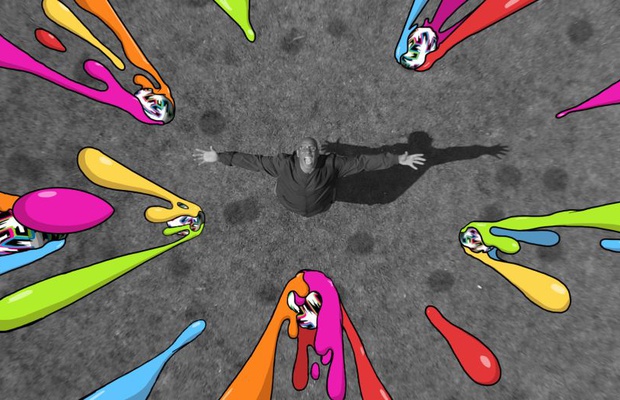 After a year of anticipation for the beloved Euros 2020 to return, following the tournament’s delay last year, ITV Creative, the in-house agency of ITV, celebrates the excitement that comes with sports by releasing its new campaign titled “The Good Times Start Here”. Highlighting fans’ unparalleled enthusiasm for the comeback of the European Championship 2020, the campaign aims to tap into the simplest, but deepest feeling a fan can have – that chase for pure joy.

The 40-second spot opens in monochrome on a shot of football legend and pundit Ian Wright, who is making his way through a park. When his phone rings announcing the upcoming UEFA Euro 2020 Championship, the former footballer is buzzing with excitement and the monochrome scene filled with brightly-coloured animation reflects his joy and anticipation for the upcoming games. The film closes on the tagline “The Good Times Start Here”.

With creative from Tony Pipes and directed by award-winning director Claire Norowzian, the TVC was shot on location at Wanstead Flats, London. Combining live action and animation, the black and white aesthetic of the film is skillfully juxtaposed with the colourful animated graphics, brought to life by animation studio Grizzle. The striking contrast further aids the narrative of the spot by visually expressing what pure joy and excitement look like. In order to achieve the eclectic and vivid nature of the film Grizzle incorporated 3D elements with a 2D look, in addition to hand drawn animation, which further complement the feeling of total Euro-phoria.

The TVC will air on Friday 28th May on ITV and will also be promoted on OOH, digital and social.

Rachel King, Creative Director, ITV Creative comments: “With this campaign we wanted to connect authentically with fans and look forward to things to come. The fact we have waited for over a year for this tournament means that fans have lots of pent up excitement to share and we wanted to tap into that. Ian Wright is the perfect embodiment of joy. His passion for the game is what we wanted to communicate from the screen onto fans and Claire and the team at Grizzle really made this stand out on screen in an original way aesthetically.”

Tony Pipes, executive creative director, ITV Creative adds: “We were thinking, how do you show that explosion of football joy the Euros will bring? Well, you light the touch paper of Ian Wright, stand back and watch the fireworks.”

Freddie Littlewood, animation director at Grizzle says: “This was a really exciting project to work on. We don’t get the chance to come on shoots often, so it was great to be able to offer our insight on set and to help make sure everything was shot with the animation already in mind. We worked with a fantastic team of freelancers, including Kervin Brisseaux, an amazingly talented illustrator from NYC whose unique style really added another level to the design and animation. We're especially proud of the sequence with the animals leaping out of the phone which was nothing but pure frame by frame animation. It was a mammoth undertaking, especially as we were working at the full 25 frames per second to really help the animation live in the same world as the filmed footage. It was a pleasure to work with ITV Creative on this campaign, as the process was smooth and enjoyable from beginning to end. We couldn't be happier with the result.”

Claire Norowzian, director, comments: “It has been a thrill to work on the Euros with the ITV Creative dream team. Directing Ian Wright was a pure joy and bringing his euphoric vibes to screen with the beauty of Grizzle's genius and stunning animation was seamless. Good Times!”