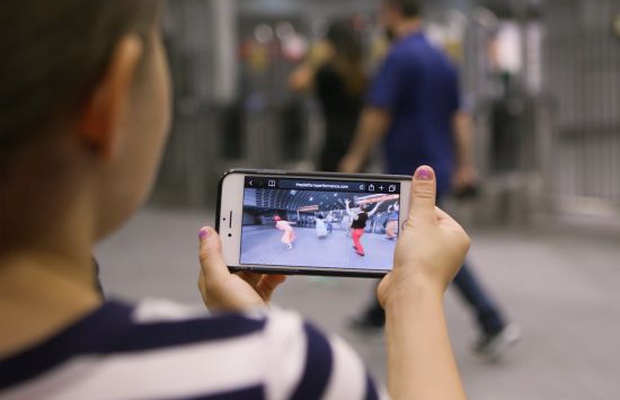 Live at the Peachtree MARTA Station (South) through July, The Platform Performance invites commuters to sit in actual theatre seats and use their smartphones to experience a free, 360-degree scene from Theatrical Outfit’s current show, 110 in the Shade.

“The brief was to get more MARTA commuters to become theatre goers,” said Javier Molinos, ACD, J. Walter Thompson. “But we wanted to take brief even further, increasing exposure to the arts to thousands by shining a light on one of Atlanta’s oldest and most established cultural outlets.”

In May 2017, Theatrical Outfit received a $100,000 grant from the Audience Building Roundtable of the Arthur M. Blank Family Foundation to study its patrons. Theatrical Outfit partnered with MARTA, J. Walter Thompson Atlanta and six other arts organisations (The Alliance, Atlanta Ballet at the Fox Theatre, Horizon Theatre, The Rialto, Seven Stages, and The New American Shakespeare Tavern) to survey more than 300,000 people about arts attendance and MARTA ridership.

The research suggested arts patrons were hungry for transportation options, but did not commonly connect that goal with MARTA ridership. At the time of the survey, less than 10 percent of theatre patrons were using the subway to attend shows.

“Our greatest challenge and success came from being able to coordinate so many different people from different disciplines,” said Emlyn Portillo, ACD, J. Walter Thompson. “From the Theatrical Outfit re-choreographing an entire number to be performed at the MARTA station, to MARTA opening its platform for overnight filming, to our film crew, internal developers and production department who came together to bring our unconventional idea to life. We are so grateful for the amount of enthusiasm from all parties involved.”