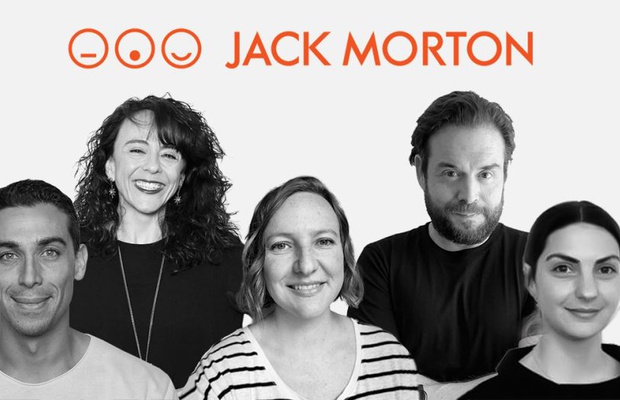 Jack Morton announced that it has strengthened its creative departments across the US. with the appointment of five executive creative directors as well as new senior-level hires and promotions in Chicago, New York, Boston, San Francisco, and Los Angeles.

Overall, the agency has recently hired 19 new creatives and a total of 104 individuals across all departments since the start of 2021. The addition of new talent is a result of substantial business growth. The agency has secured over 50 significant new business wins during the first half of the year.

“It’s an exciting time for brand experience. The industry has undergone a seismic shift in the last year and a half, and we have an amazing opportunity to really reimagine what a brand experience can be today and in the future. Brands need big, bold, disruptive ideas that cut through the clutter and stand out, and to take them there we need the best talent at the helm,” said Shelley Elkins, chief creative officer, Jack Morton. “We’re thrilled that this diverse group recognizes the unique experience that Jack offers and made the choice to call this agency home.”

In Chicago, Juliana Jaramillo joins the agency as VP, executive creative director from Giant Spoon, where she worked on some of the most lauded award-winning experiential work in the last few years including HBO’s “Bleed For The Throne” and Under Armour’s RUSH Performance Lab.

Jaramillo will lead creative direction for clients including Molson Coors and Kellogg’s. A trained industrial designer, Jaramillo built a career collaborating with brands such as Target, Google, Louis Vuitton, and Puma. She has also worked with Revlon, MoMA, Marriott and more, helping them show up at key cultural events from Sundance Film Festival to SXSW, CES and Art Basel. She also helped develop two product lines for West Elm.

Ethan Gunning rejoins Jack Morton from Zinus, the e-commerce furniture disruptor, where he led all brand marketing efforts as Director of Brand. In his new role, Gunning will serve as SVP, Executive Creative Director of Growth and will be based in San Francisco.

Lucille Essey transfers to New York from Hong Kong, where she previously led the creative team across Greater China. Essey is a renowned creative director and has designed award-winning experiences for brands such as Google, Porsche, HSBC, Rolls Royce, Harley Davidson, and PwC. She has also served as a judge at the industry’s most lauded creative events including Spikes and Cannes Lions. During her tenure in Asia, Essey also helmed several projects for Porsche China, helping to grow the account into Jack Morton’s largest client in the region.

Other full-time creative additions and elevations to the agency include:

- Jesse Rea joins the agency as Senior Creative Director and will lead work reimagining brand experiences for Facebook. Rea is based in Detroit and previously worked at agencies including VSA Partners and Leo Burnett.

- Richard Sears joins the agency as Group Creative Director in Los Angeles, where he will lead the work for clients including Google and Riot Games. Sears has expertise in global branded entertainment and immersive experiences, and previously worked with brands such as Netflix, Marvel Studios and Hasbro.

- Allison Beck is promoted to VP, Senior Creative Director, and will focus on Jack Health, the agency's new healthcare practice.

- Stephanie Caruso is promoted to VP, Group Creative Director in Boston, where she leads work for clients such as Subway, U.S. Chamber of Commerce and LEGO.

- Jo Kang is promoted to VP, Senior Creative Director in San Francisco, where she will continue to lead work for clients including Google and Riot Games.

- Rich Shideler is promoted to VP, Group Creative Director in Boston, and will continue to lead efforts for clients such as Eaton, Lenovo and Liberty Mutual.