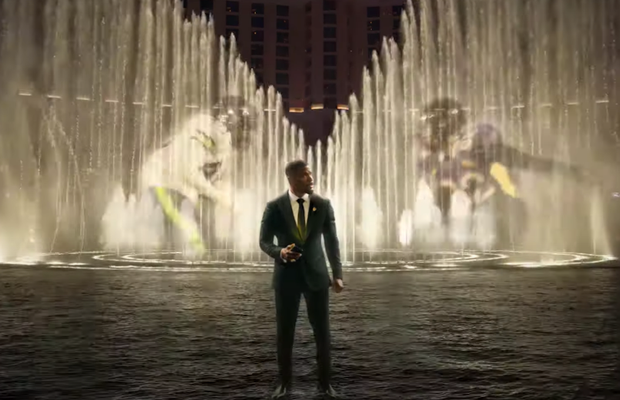 BetMGM, the market-leading sports betting and online gaming platform, is proud to announce that Academy and GRAMMY Award winner Jamie Foxx will star in the company’s new ad campaign. The multitalented sensation, who has conquered the worlds of comedy, film, and music, is now also the face of BetMGM’s new The King of Sportsbooks campaign.

Jamie will star in a variety of traditional and social media advertisements for BetMGM. For their first brand campaign together, The King of Sportsbooks, made in partnership with creative agency 72andSunny New York, BetMGM showcases the excitement that comes with sports betting. The campaign will roll out in the coming weeks featuring a video ad, with the Fountains of Bellagio in Las Vegas as the canvas. The ad creates a ‘sitting on the edge of your seat’ experience by combining the magic of sports brought to life on the Fountains, with the surrealism of Jamie levitating above water.

“Jamie is an exceptional talent and we’re proud to have him partner with us on our new campaign for BetMGM,” said BetMGM’s chief marketing officer Matt Prevost. “The King of Sportsbooks campaign is the next step in the evolution of the BetMGM brand and Jamie brings a unique ability to tell our story in an incredibly creative and entertaining way. BetMGM exists at the intersection of sports and entertainment and Jamie fits this positioning perfectly; we couldn’t be more excited to welcome him to the BetMGM family.”

Jamie Foxx is an award-winning actor, singer, and comedian. He recently won ‘Outstanding Supporting Actor in a Motion Picture’ at the NAACP Image Awards and received a SAG Award nomination for ‘Outstanding Performance by a Male Actor in a Supporting Role’ for his performance in Just Mercy. Foxx can currently be seen in Netflix’s Project Power, which launched on August 14th, and is a starring voice in Disney/Pixar’s upcoming feature Soul set for release on November 20th.

Available for download on both iOS and Android and accessible via desktop, BetMGM leverages an exclusive betting engine that allows sports fans to place bets quickly and with ease and is accessible in seven states, with plans to be live in 11 by the end of 2020. For more information, follow @BetMGM on Twitter.