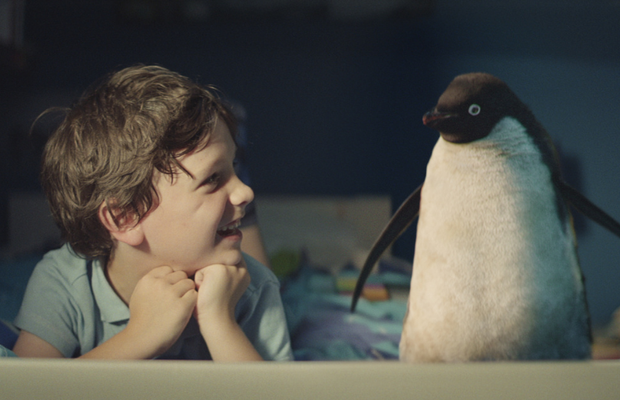 The Christmas period is a hugely important time for John Lewis, accounting for around 20% of overall sales and 40% of annual profits. Their Christmas ads have become some of the most anticipated and revered spots in the scene. And 2014’s Monty the Penguin, which hit TV screens in November 2014, is the most iconic of their annual Christmas ads.

John Lewis has come to dominate the Christmas period since launching its iconic adverts, performing well every year - so much so that teams from other brands tell us that their unofficial goal is to ‘beat John Lewis.’

The goal was simple: create the most integrated marketing campaign not only in the history of the brand, but any UK retailer.

The first step was on settling on the idea of a penguin. adam&eveDDB’s chief creative officer Rick Brim recounts how Monty was always either going to be a penguin or a monkey. “I remember a discussion between me and my creative partner about that, and we settled on a penguin partly just because it was Christmassy! But also with a penguin you can tell stories through the eyes or just a little wobble of the neck.”

The theme of ‘realism’ was sustained throughout the creative process. “He had to look real because it was essential to believe this kid was hanging out with a real penguin as opposed to a cartoon penguin,” explains Rick.

“We were conscious not to make it too cutesy because the story was quite saccharine. So, to go overly cutesy on the penguin would have been too much.”

How did Monty the Penguin have so much impact online?

The campaign was a hit with engagement. Just one hour after launching on social media, the hashtag #montythepenguin was trending #1 globally on Twitter. With 212,000 tweets about the advert, combined with 165,000 shares on Facebook, the launch of Monty the Penguin resulted in a total of 568 million impressions.

In the days after the toys sold out on the official online store, they were found advertised on eBay for up to £499, a considerable mark-up from the original prices (£95 for a giant Monty to £12 for a smaller toy). Sales of penguin toys on eBay soared by 300% when the ad aired, with the online retailer seeing 6,000 searches for ‘Monty’ and 250 for ‘Mabel’. Between the 6th and 17th of November 2014, a total number of 2,638 penguin toys were sold on eBay, equating to an average of 240 purchases a day.

To read the full research, and learn how Monty helped John Lewis become the third most talked about brand in Britain in 2014, and hugely increased the brand’s market share, sign up to download the whitepaper here.