John joins the agency from WiTH Collective 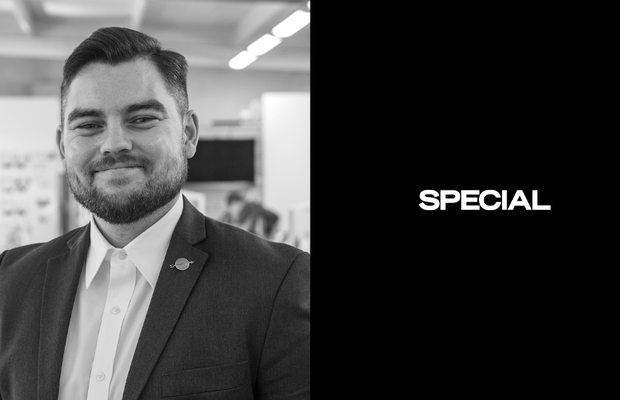 Marshall joins from WiTH Collective where he was general manager and led the ASB account. ASB’s work has been lauded as category leading over the last 12 months both here and abroad. Their ‘Borrow the All Blacks’ campaign was named by Contagious Magazine as one of the ‘20 Best in the World – the only New Zealand work to make the list. Prior to this role, Marshall ran the Lion and Coca-Cola accounts out of the Sydney market where he won multiple Cannes Lions for Coca-Cola’s ‘Colour your Summer’ and ‘Gay Pride’ campaigns.

Marshall is the latest in a series of senior hires – Special has brought on board exceptional senior creative talent over the past year and has also strengthened the account service team with the addition of lead business partner Callum Walker, together with group business directors Hugo Parcell, Priyanka Patel, Caroline Logan and Emma Richardson.

Says Tony Bradbourne, CEO, Special Group: “The traditional agency model often sees agencies win work and retrospectively hire staff to service that work. However it leads to service issues for your existing clients, and stress to your existing team.

“We’re committed to growing Special Group responsibly – where the success of our existing clients and staff is paramount – and that means proactively investing in senior leadership to fuel our next phase of growth. John’s an exceptional leader with a track record of creating incredible creative work on whatever brands he leads.”

Says Marshall: “I am incredibly excited to be joining the Special team. I’ve been a massive fan of their work both here and abroad and what struck me was not only their drive to make work that makes a real difference to their client’s business, but to do it in the right way. They are a great team, who want to make great work that works.”

Special Group is enjoying an exceptional period of hard-won success and growth. The agency was named ‘New Zealand Agency of the Year’ by Campaign Brief, Campaign Asia and B&T; it has welcomed new clients, grown revenue and increased staff numbers by 24%; and its ‘Good Morning World’ campaign for Tourism New Zealand was named the world’s best and most effective by the Global Effie Awards.

Says Michael Redwood, managing partner, Special Group: “We are really lucky to work with some incredibly ambitious clients who come to Special to create campaigns that really make a difference. Key for us delivering those results revolves around us having the best senior talent in the country, across every part of Special. We believe that Storm and John will lead the best account service offering in the market, and make our work better whilst giving our clients the senior leadership they expect from Special.”

John Marshall starts at Special on May 18th.