Join the Hunt for Lion Cereal's King of the Jingle 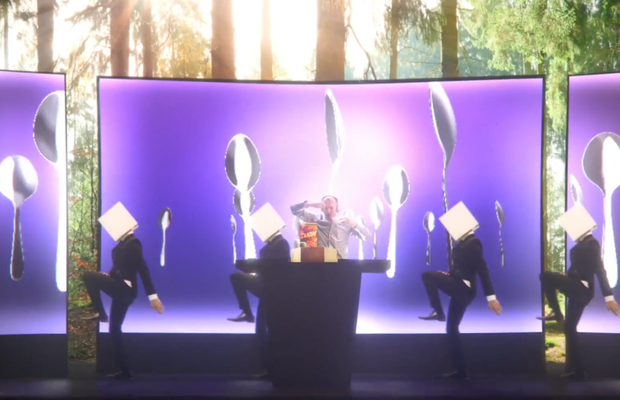 Today, Lion Cereal launches its pan-European search for the King of the Jingle, and reach new audiences for Lion Cereal’s chocolate and caramel tones.

Building on the LIONSTYLE brand platform, which aims to inspire and invigorate audiences to approach everyday things in a way that’s bigger and bolder, the King of the Jingle hunt follows bringing the world the deliciously chocolate and caramel Eau de Lion scent in 2020.

Lion Cereal now puts its LIONSTYLE energy into a key passion for millions of potential fans: music. In searching for Europe’s brightest and best musical talent, the ultimate winner will get the crown of King of the Jingle.

This will not be just any jingle, the new Lion Cereal jingle will be the fitting tribute to the distinctive chocolate, caramel and crunch of Lion Cereal, able to live up to the King of the Jungle moniker – perhaps even bringing quality jingles back into the musical mainstream.

With the search underway across Europe, from Russia to France, nine artists have already recorded jingles covering an eclectic range of music genres. All united by the signature lyrics “It’s chocolate, caramel, crunchy. It’s breakfast cereal Lion Style.” They will feature TV, radio and social media advertising to encourage more to share their cereal-inspired sound on social media, including Instagram Reels, alongside #KingoftheJingle. The initial nine jingles have also been pressed into a limited-edition vinyl, as competition prizes for true music connoisseurs.

Bérengère Chalvon Demersay of Cereal Partners Worldwide said “We’re always looking at new ways to inspire, to entertain our consumers and show off our bold personality. With this campaign, we’re inviting our fans to combine two of their greatest loves; LION Cereals and music. We’re encouraging them to be brave, get creative and unleash their greatness as they hit the digital stage and show us what they’re made of. We can’t wait to hear what they come up with. It’s the perfect way to Live Lion Style, Listen Lion Style.”