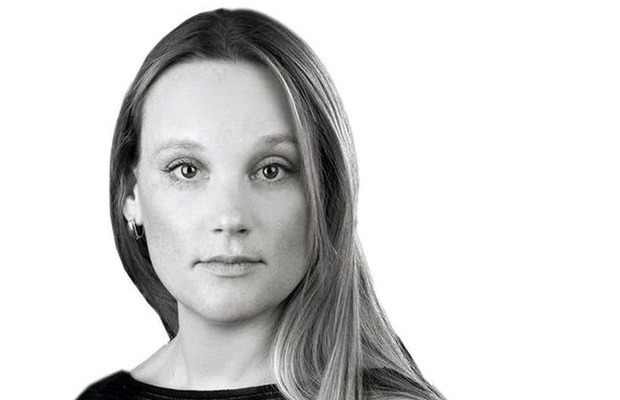 FCB has announced the appointment of Jordan Doucette as chief creative officer of FCB West, the network’s nimble, boutique creative agency in San Francisco. In partnership with FCB West president and chief strategy officer Simon White, Doucette will lead creative vision for FCB West’s client portfolio that includes Levi’s, Clorox and Ghirardelli, as well as HOKA ONE ONE, which appointed FCB as its first-ever global creative agency of record in June 2021.

Doucette will also be working closely with global chief creative officer Susan Credle and will join FCB’s Global Creative Council. “I met Jordan on a panel in Canada years ago. She was impressive. Wicked funny and smart. Self-deprecating but she can hold her own. Over the years, we have shared a few meals and contemplated working together. Several colleagues I have deep respect for have said that Jordan is one of the best out there. As we strive to do our best work on our most ambitious brands, I know Jordan will help us get there,” said Credle.

Most recently, as partner and president at No Fixed Address Inc., Doucette helped Sunnybrook Hospital launch “#UnsilenceTheConversation,” a campaign and baby content ad blocker to help those who have suffered pregnancy loss and normalize the conversation around it.

Prior to joining No Fixed Address, Jordan was the chief creative officer at Leo Burnett Chicago, where her leadership on CPG brands such as Kellogg’s and KraftHeinz used the power of creativity to transform brand reputations and business results. Her favorite work includes KraftHeinz’s “Kraft Now, Pay Later,” which aimed to alleviate financial burdens for federal employees during the 2019 government shutdown; creating the iC1 sneaker for Serta Mattress, which was the first “mattress” you could wear on your feet and an entirely new way to try out a mattress; and bringing six cereals and mascots together in one box of Kellogg’s “All Together Cereal,” in partnership with GLAAD, as a demonstration of inclusivity and acceptance.

“Jordan is an exceptional creative leader who’s perfect for our forward-thinking clients who are continually exploring what’s next in marketing and advertising. She uses every media and technology at her disposable to unleash creativity to drive outstanding business results. Her work is powerful and moving — she makes people care about brands and issues,” said White.

Doucette’s appointment follows a historic year for the network, which includes FCB being named Network of the Year at Cannes Lions 2020/2021 and Global Agency of the Year by Adweek. In June 2021, HOKA ONE ONE, a division of Deckers Brands, named FCB its global creative agency of record, with FCB West serving as the global lead office.

“I’ve long admired Susan and the culture of generosity and collaboration she has fostered. So, the chance to be part of this insanely talented group of people, get back to working in the U.S. with a strategic partner like Simon, felt like a career-defining next step for me,” said Doucette.

Doubling down on Trust: How Brands Can Help Manage Risk through a Recession

FCB West and Dockers are Ready for Anything in New Campaign