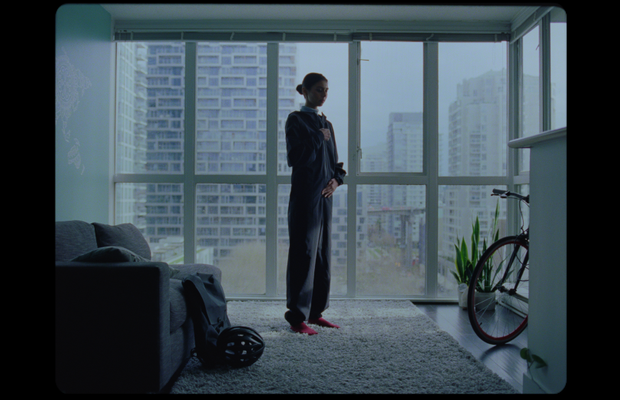 'Love the Rain' is the launch campaign for Vancouver apparel company, Tarka, who design and build water repellent one-piece suits. The company’s enables fluid travel and transition through any environment, allowing people to commute and adventure in the rain with ease and simplicity. Their goal is to positively impact the environment by increasing customers’ ability to commute by bike or foot.

The film examines the change in a person’s relationship with rain brought about by using the Tarka suit. The piece shows how rain can be appreciated, and even loved, when we are protected from its ability to dampen our mood.

Scenes of adventure, play, and commuting, are reimagined with a meditative sense of calm and joy. The campaign pushes its audience to examine how Tarka can allow them to embrace the rain, changing their relationship with it forever and allowing them to live and move with a renewed freedom.

Shelby Manton, executive producer at BOLDLY writes: It was a pleasure to see Jordan realise this piece. Nature has always been a part of his upbringing, growing up in a small town in the Okanagan valley of British Columbia. It was particularly important at  this time in the world to build connection and renew a hope that our longing for one-another will resolve soon.

Jordan Findlay, director at BOLDLY writes: "Together with the extremely multi-talented creator Mia Thomsett, I envisioned some different scenes  and experiences which would be fundamentally different while wearing a Tarka suit. In turn, we created room for ourselves to explore some simple expressions of peace and joy. We really wanted our  audience to imagine how the product could be used in their own lives and what sort of doors in might open for them. We wanted our audience to leave the film ready to embrace the rain instead of hiding from it. To love it.

DP Jeremy Cox and I chose to focus on steady, composed frames to reflect the calm mindset embodied by our characters in the piece. We chose to shoot on 4-perf 35mm to give the image an added touch of depth and colour, especially in the texture of our exterior environments.

Getting the large 35mm Arricam and accessories up an incredibly slippery boulder field to shoot at the base of the waterfall took some careful work by the team. Probably the most difficult environment that I’ve shot in but very happy with the footage we managed to capture there."

Jordan has been on the rise in the Canadian commercial market for his hyper-authentic human-driven narratives. Breaching emotional connection with pulsing montages and scenes of nostalgia flickering through celluloid frames. His work is consistently shot on 16mm or 35mm film. Recent projects include national product work for No Boats on Sunday Cider, a registry-booster campaign for Capilano University, and a relaunch for Casinos in British Columbia. He is represented by BOLDLY for worldwide commercials and music videos.