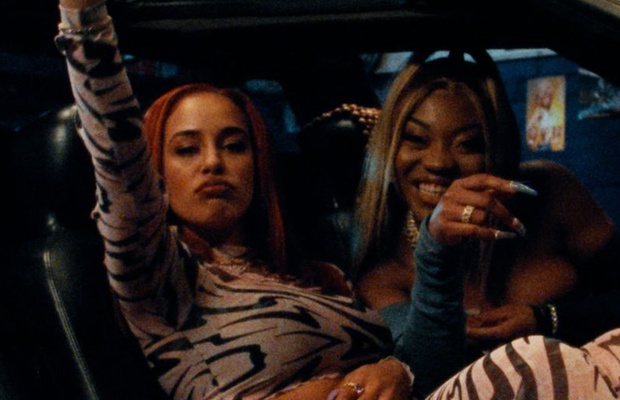 Jorja Smith plays a cunning car mechanic alongside Shaybo in her latest music video “Bussdown”, the focus track of her highly-anticipated 8-track project, Be Right Back.

Written, directed and edited by SMUGGLER’s Fenn O’Meally, she flips gender roles on their head in the narratively driven film, as we see women as the owners of an auto repair garage. Jorja and Shaybo’s characters use their smiles and charm to woo customers into overpaying to provide for a flashy lifestyle.

Shot in Jorja’s hometown of Walsall, the film starts from the perspective of surveillance footage until we cut into an exchange between Jorja and her first mark. The freeze-frame editing and flash-back narrative structure sets the stage and tone for what’s to come and provides the jumping off point to our characters and their world.

O’Meally brings her trademark style, aesthetic and attention to detail to the film.  Her direction is so well suited to the song and the artist, she feels like another member of the gang, just behind the camera.  The video is stylish and confident, oozing with the same charisma, personality and cunning charm, emblematic of our protagonists.

Fenn O’Meally commented: “Honestly, it's been a blessing working with an artist who is so driven, so hard working and so collaborative. I knew working with Jorja would be special, two midlands girls, both who hustle their heart out, from very humble backgrounds, teaming up and showing up is always going to be special, and then Shaybo in the mix, crazyyyy talent... I am so grateful for the trust both artists gave me.”