Campaign from McCann London teams up with Cantona, Buffon, Van Dijk, Torres and Podolski to kick off the tournament for the food delivery platform 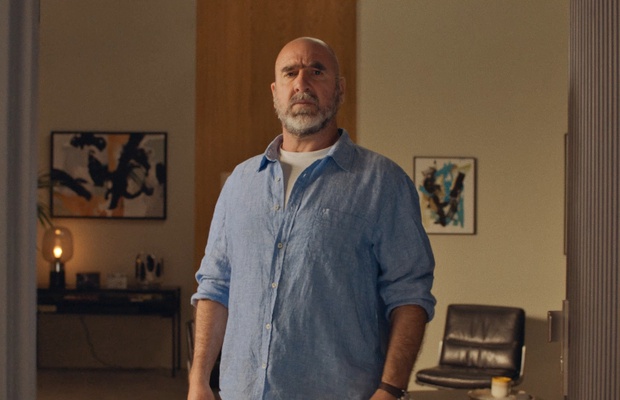 Just Eat Takeaway.com’s latest campaign, created by McCann London, supports the food delivery platform’s sponsorship of the long awaited EURO 2020 tournament and features a unique roster of talent, tailored to participating Euros nations and set to run in 18 international markets.
After a tricky year for large sporting events, a buzz is on the horizon. The EURO 2020 tournament is set to hit screens and stadiums from 11th June - 11th July. With Just Eat Takeaway sponsoring the iconic event for the first time, it’s set to be as much a food fest as a goal fest. To celebrate this iconic pairing, a feel-good launch film that welcomes the summer’s biggest football tournament in style has been created.
'The Just Eat Delivery' campaign shows the perfect parallels between football and food, uniting the frenetic pace of the beautiful game with the speed of Just Eat Takeaway.com’s delivery service. Set to DJ Shadow’s song “Rocket Fuel”, the lively film draws a visual thread between elements of a Euros match, and the journey of a rider taking food from restaurant to doorstep, with some famous faces featured along the way.
Susan O’Brien, VP Global Brand: “Just Eat Takeaway.com will be delivering to millions of people across Europe during EURO 2020, which got us thinking about who could possibly be answering the door? Eric, Lukas, Virgil, Fernando and Gigi were the perfect recipients for us to demonstrate that we're ready and waiting to deliver a huge range of mouth-watering food to complement the football. After all, perfect food and perfect delivery make a perfect match!”
Rob Webster and Alexei Berwitz Creative Directors said: “It takes truly global teamwork to coordinate shoots in Budapest, Madrid, Marseille, Liverpool and Antalya and make an end product that’s equally relevant in multiple markets, with different featured players for each. Hats off to everyone in the wider organisation who made this happen.”
To create the ad, Just Eat Takeaway.com and McCann London teamed with award-winning director, Pedro Martín-Calero of Blink Productions, who has created famous spots with some of the biggest footballing talent in the world, including Lionel Messi and Diego Maradona.