"Their warmth and enthusiasm is matched with a breadth of knowledge, amazing treatments and impeccable preparation with gorgeous results on screen” 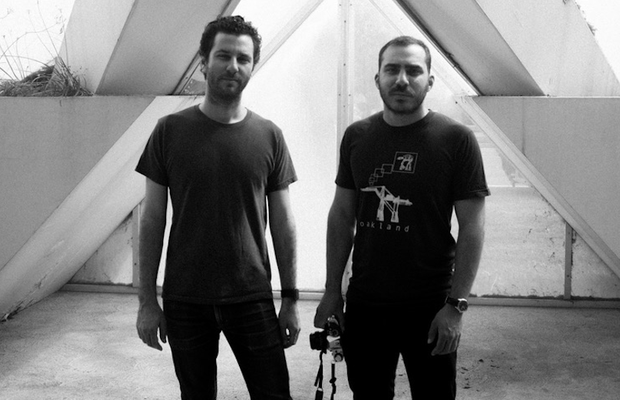 kaboom is excited to kick off the new year with the addition of directing duo Plummer/Strauss. The signing follows a collaboration late last year on Salesforce’s 'This Is A Mask' - a bold, fast-paced narrative about the importance of teamwork to get things done.

“When we commit to directors, I need to believe in the people as much as their talent,” comments kaboom owner / EP, Lauren Schwartz. “These guys are really special - and collaborating on Salesforce only reinforced what I have felt for a long time. Their warmth and enthusiasm is matched with a breadth of knowledge, amazing treatments and impeccable preparation with gorgeous results on screen.”

Justin (the Plummer) and Martin (the Strauss) are directing partners known for embracing classic cinematic techniques to create stylised imagery for films and branded content. They met while studying film production at San Francisco State University, united by a mutual passion for visual storytelling. From the first student project, the die was cast - and they joined forces to become the directing duo Plummer/Strauss.

The relationship with kaboom spans nearly as long; Martin Strauss interned for the production company during college and credits that time as a graduate program advertising production. He and Lauren Schwartz kept in touch as Plummer/Strauss expanded their creative horizons - first with an award-winning short film on the festival circuit and later with branded content collaborations.

Plummer/Stauss’ filmmaking career was publicly launched to the advertising community when they were shortlisted for the Young Director Award and appeared in SHOOT Magazine’s New Director Showcase. Since then they have directed spots for Comcast, O2, Ralph Lauren, Ben & Jerry's, Jim Beam, Cisco, The United Nations, and Dell. In each, they blend captivating imagery and cinematic aesthetics to deliver playful, intense, seductive, intricate, and unexpected narratives.

“Joining kaboom is kind of like a homecoming - for me especially - and the feeling of camaraderie and belonging is an important part of the decision,” commented Strauss. “It’s San Francisco roots with a national point of view, which is what we have too.”

“Working on Salesforce together really showed us that we view collaborations and the creative process in the same way,” added Plummer. “They revel in digging deep into the process and being there every step of the way - partners in a true sense. We are excited to see what happens as part of kaboom.”

The collaboration has started with incredible momentum, with the team in pre-production on an upcoming project.