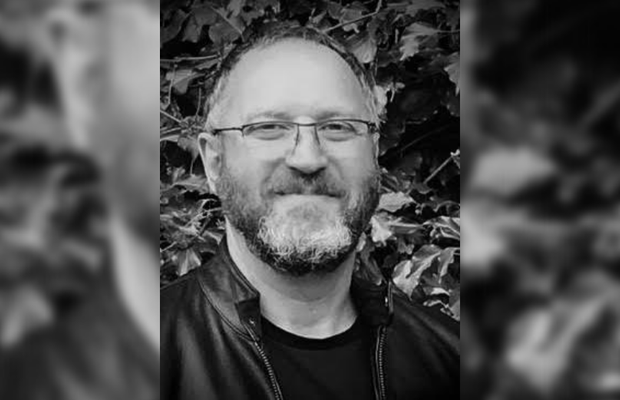 Delve into the intricate world of film processing with the team at Cinelab Film & Digital who cover both digital and film projects and are the UK’s only full service film lab providing everything from pre-production through to deliverables, all under one roof.
In this series, LBB meets some of the colour and grading talent behind the skilful craft of film. Here we’re joined by Head of Grading & Scanning Paul Dean who talks about the magic of film labs and the exciting industry boom.

LBB> We’d love to get to know a bit about your background and influences. Tell us a little bit about your childhood and what drew you to this industry.

Paul Dean> I became interested in film from a very young age because of my father, who was head of grading at Kays film lab in Finsbury Park, which is no longer there now. My earliest memories are of being taken there as a small boy and it was just magical. I remember looking through the packs of filters - which is how we used to grade back in the day - and discovering I could change my world into all these different colours.
Those experiences stuck with me forever and I never really wanted to do anything else. That was it, it was in my blood then. So, as soon as I left school at sixteen, I was lucky enough to go and work with my father which was such a good grounding because I did a full six months in each department, but then I ended up in the grading department. I learnt my craft through the photochemical route and then into film grade. It’s all been a progression from there really.

LBB> So, what drew you to start working with Cinelab and how did you develop the department?

Paul> I’d worked with our MD Adrian Bull for years before I joined him at Cinelab. I’ve always had massive respect and admiration for Adrian, he is a real innovator. So when he started Cinelab, he gave me a call and I was ‘all in’ straight away. There was no hesitation because I just know his passion for film, whereas the big companies were moving away from film processing, Adrian’s vision was to keep film available to the cinematographer’s palette. I was of course going to support film too, it’s in my blood.
From day one, it’s been a really enjoyable journey building it up to what it is now. It is incredible, to see different people coming in and just going from strength to strength, identifying areas we wanted to grow. The foundation of everything is really good quality film processing, everything comes from that. Now with the merge of On Set Tech we have a massively improved offering and diversified avenues of business.

LBB> What does a typical day as Head of Grading & Scanning at Cinelab look like?

Paul> Everything is dictated and led by the workload. If I'm working on a project with dailies,  then I'll be in the lab at five or six in the morning and the film would be processed overnight. The guys will be scanning the film early morning  and then they'll split the content ready for grading.  For the duration of the shoot you're really an extension of the camera department, you're working closely with the cinematographer to create the desired looks.
If I'm in between projects, there's always other projects to be done with not such early morning requirements. Otherwise, it's just checking in with the team. We are a really tight, close group. Then the other aspect of responsibility is equipment, calibration, and making sure that all the kit works.

LBB> What’s the most interesting part of your job?

Paul> It’s the people really. It’s just so lovely to work with different cinematographers, and also the students. Cinematographers are just so passionate about their craft. You feed off that, to see people happy with their images, it builds great energy.
We do a lot of work with students from many film schools and it's their enthusiasm that I love. Being able to work with people that have a huge passion for film, it's infectious.

LBB> Then on the other side, what would you say are the more challenging aspects of your role?

Paul> Equipment failing at the exact moment you don’t want it to fail! The kit seems to know when you’re up against it with a tight turnaround and something will fail and you’ll have to find a solution immediately.

LBB> What area of processing film amazes you the most?

Paul> I think it's still that latitude of film negative. It’s absolutely unique in its look. Digital can be great, obviously - it can create fantastic results, but there's that something extra with film that gives you that unique magic you just can't recreate with digital.
Film captures light the same way as the human visual cortex captures light which makes the mind believe in the images much more readily - something digital can’t do in the same way. It’s analogue and people are analogue, we’re not digital. Film simply looks more natural, the subconscious mind isn’t constantly saying “don’t trust it, it’s not real” with film, so the audience is more immersed in the story, images, and performances.

LBB> What projects have you worked on that have been most memorable to you so far in your career and why?

Paul> I loved working on Steve McQueen’s Small Axe. When I was speaking to the cinematographer, Shabier Kirchner, he was describing these different looks of the 70s and 80s, all these colours and different looks and I was thinking, yeah, we actually had those curtains and I also had those dodgy flares and tank tops when I was growing up... There are some benefits to being of a certain vintage! That whole colour palette was my era and it works really well.
There was another project from years and years ago about palaeontology which was all about recreating a really strong bypass bleach look. It was very interesting to play around recreating that photochemical look, without actually bypassing the bleach. That’s where the new, more powerful grading tools were really useful and having knowledge of the actual film process was invaluable.

LBB> What industry trends or insights can you share from your experience at Cinelab over the years?

Paul> There are more and more HDR requirements and hybrid shoots. The lovely thing about hybrid is that there has been this competition between whether film or digital is better and that’s kind of going away now which is great, because it should never have been a competition. People now accept that film is film and digital’s digital. They're both really good for different genres, for telling different stories.

LBB> And What's personally exciting you about the industry right now?

Paul> The expansion of studios. The industry seems to be really getting a boost at the moment. It’s a really, really exciting time. Also, just the enthusiasm of people coming through, the younger generation coming through. They’re so enthusiastic, it's great. It's just lovely to see.
Then with the merger of Onset Tech at Cinelab, we can get involved in a lot more hybrid and digital productions which is great because it encompasses everything. We want to be able to see productions all the way through from camera to screen. We can now do that, whether that is a film or digital shoot. So the whole thing has come together under one roof, which was always our vision for Cinelab - to be a one stop solution for everything, film or digital.

LBB> Lastly, outside of your work, what do you like to do to unwind?

Paul> I spend quite a lot of time down by the Kent coast. I love the sea, I like energy. Especially in the winter. I am not so keen on the summer, it’s too hot, too crowded. I love to cycle around there while listening to podcasts which I do constantly.
I love learning different things - so I’m currently listening to some podcasts about unexplained mysteries and UFOs. I am also partial to relaxing with a real ale or two...

Keep Film Rolling: “The Dark Art of Processing Film is Like Voodoo”