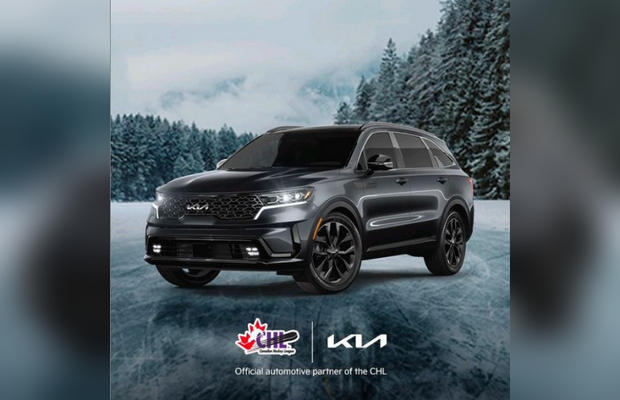 Following two years of stay-at-home orders and COVID-19 restrictions, the Canadian Hockey League (CHL) is anticipating a return to normal operations this year with in-person events resuming and the official return of the Memorial Cup presented by Kia after a two-year hiatus. Skating alongside them is Kia Canada (Kia), who has been a the Official Automotive Partner of the CHL for the last four years.

Kia is in year four of a multi-year sponsorship with the league and will be returning to the ice this year with a whole new experiential strategy driven by Kia’s agency of record, Innocean Worldwide Canada. This year, Kia and Innocean took inspiration from Kia’s global rebranding and tagline 'Movement that inspires' which became the vehicle for delivering a series of events and consumer contests. This is the first time Kia is bringing its new branding into the experiential arena and it will set the tone for future brand experiences to come.

The sponsorship strategy, which was created in partnership with Innocean Worldwide Canada, leans into Kia’s “Movement that inspires” by placing the spotlight on the connections made through sport and how hockey further inspires people in their lives. A main feature of the experiential strategy is a consumer contest through which Kia is asking Canadians to share a story of when they were inspired through hockey for a chance to win the ultimate Memorial Cup experience plus a 1-year lease of a Kia Sorento. In addition to the grand prize, Kia is also planning to unleash a number of surprise experiences for selected hockey fans throughout the season. As with previous years, Kia will have a presence at Top Prospects and remains to be the title sponsor of the Memorial Cup which will be hosted in Saint John, New Brunswick in June 2022.

“Experiential marketing is an important part in a customer’s journey as it allows them to see, touch and experience a product in ways that they can’t online or in store. It allows consumers to shift from thinking to buying,” saysJeff Perrin, Group Account Director, Brand Experiences at Innocean Worldwide Canada. “It is this lack of product experience which has been sorely missed over the last two years and has presented experiential marketers with the difficult task of delivering branded experiences which are both safe for consumers to participate in and create an emotional connection to the brand.”

With Kia, Innocean chose to look at each sponsorship activation program separately from one another as each were impacted by the pandemic differently. In the case of the CHL, in the last two years Kia has continued to support the league and give fans and customers brand and vehicle activations in the virtual space with an eSports version of the Memorial Cup.

“This year, we are most excited about bringing back the energy of the fans that is missed with virtual events. We are looking forward to being inspired by the stories of how Canadian hockey fans creatively continued their love for the sport over the pandemic when professional play came to a halt,” adds Perrin.