Kia Canada Goes All in with First Ever Digital-Only Launch 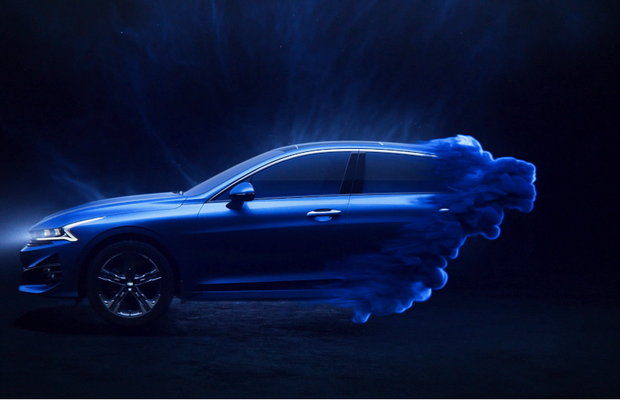 While most new vehicle launches rely on a television led media approach, Innocean Worldwide Canada and Kia Canada Inc. went all-in on a digital campaign for the launch of Kia’s new nameplate, the K5. The digital-only launch is a first for the brand and an important step forward as they look to capitalise on today’s digitally native consumers.
To launch the K5 and demonstrate its product attributes, Innocean Worldwide Canada leveraged global assets to produce unique six, 15 and 30-second online videos paired with social and digital display ads. All assets were adapted specifically to target the Canadian consumer and were released earlier this month. Creatively, the campaign aims to showcase how Kia went all-in on the five core pillars of the driving experience including, design, safety, comfort, power and control, when building the K5. The result, is an all wheel drive sedan which is fully equipped to conquer any weather and any challenge to exhilarate you from head to toe.
Both the creative and media strategy are geared towards adrenaline-seeking males between the ages of 35 - 44, a demographic which is defined as being heavy digital media consumers. Knowing this, the decision was made to move ahead with a targeted digital-only channel plan to ensure that Kia’s message would be shown to the most relevant audience.
“The Kia K5 is a brand-new nameplate in the lineup with a very specific driver, so it was important that we created a hyper-targeted campaign that would drive nameplate awareness, and invite this exciting audience to take note of the new Kia,” said Caitlin Rudnick, VP, group account director at Innocean Worldwide Canada. “A digital-only approach allows us to do just that.”
By using digital to its advantage, the campaign seeks to capture search intent and drive consumers to the vehicle model page of Kia’s website, all while working within an efficient media budget.
The online videos can be spotted on YouTube in both French and English and will be running until the end of December.