Alongside Innocean Worldwide Canada, the car brand treated the launch campaign as a brand-new nameplate with the intention of building brand awareness and familiarity with a new audience 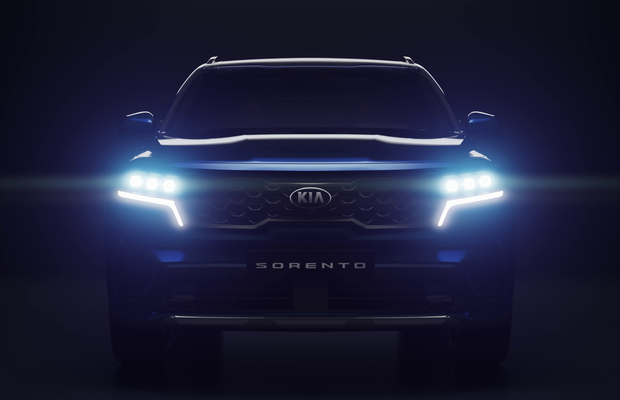 Automaker, Kia Canada Inc. (Kia), is driving into 2021 at full speed with a high-energy launch campaign for its 2021 Kia Sorento model. The work is being carried out by full-service advertising agency Innocean Worldwide Canada.

The Sorento has been a key vehicle in Kia’s SUV lineup since 2002. Kia has boldly re-imagined the 2021 model, offering a three-row SUV that delivers a refined driver-centric experience through elevated driver technology and safety features. With a full redesign under its belt, the Sorento aims to appeal to a new customer segment for the vehicle than it has in the past. Because of this, Kia alongside Innocean Worldwide Canada treated the launch campaign as a brand-new nameplate, with the intention of building brand awareness and familiarity with a new audience.

To support this, Kia and Innocean Worldwide Canada led with pre-launch advertisements in November of last year with the sole purpose of seeding the Sorento nameplate with the new audience and driving traffic to the pre-launch page on Kia’s website. This allowed the brand to create intrigue in the vehicle ahead of its launch. Pre-launch initiatives are now being followed by a combination of high impact television, online video, online display, search, social, and email communications which began kicking off this month in both official languages. Digital and social media assets hit the market on 18th January while television spots went live as of 25th January.

Contrary to many SUV campaigns, the new Sorento campaign, aptly titled 'The Drive is Yours', centres around the driver benefits, namely the exhilarating drive that comes with the Sorento. Creative executions highlight driver-centric features that will knowingly resonate with prospective buyers such as 281HP turbo charged engine, blind-spot view monitors, collision avoidance assist with junction turning function and Apple CarPlay touchscreen. The 30 and 15 second spots intentionally integrate some of the same brand cues as the pre-launch campaign, including music, graphic and type design to create a unified story. As a result, Kia is allowing its new audience to connect with the redesigned vehicle while inviting them to experience the drive from themselves.