Full-service advertising agency, Innocean Worldwide Canada, is working with the brand to rethink how Kia communicates retail offerings to Canadians 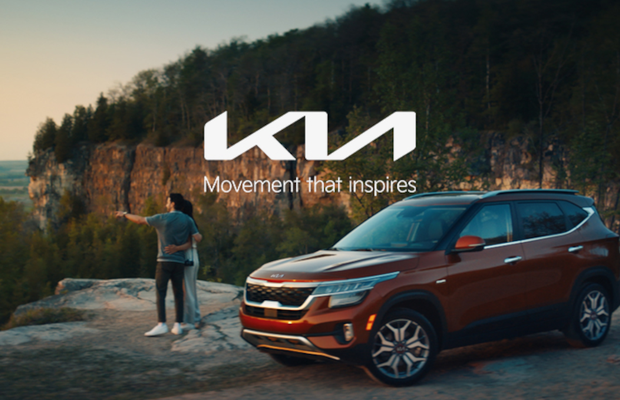 As part of launching its new global brand identity and tagline, Kia Canada is working alongside media and creative agency of record, Innocean Worldwide Canada, to redefine Kia’s retail messaging to ensure consumers experience one voice from Kia’s new brand identity and helps to articulate how “Movement that inspires” comes to life at the product level for Canadians.

The first campaign showcasing Kia’s new elevated product messaging is an original Canadian spot for the Kia Seltos, a subcompact SUV made for urban life. It was not only the first creative spot to fully embrace the new brand identity; it is also the first iteration in Canada to communicate what “Movement that Inspires,” means for Canadians.

At the core of its new brand philosophy, Kia believes that when you move, you get inspired, and the Kia Seltos is the very product to inspire Canadians to get out and rediscover their surroundings this summer.

To ensure the Kia Seltos campaign complimented the new brand, the creative team at Innocean Worldwide Canada leaned into Kia’s new design philosophy, Opposites United, where nature and modernity coexist. The strategy for this retail campaign was to demonstrate what inspiration could look like when you move with the Kia Seltos, seamlessly between urban life and nature.

“It is not everyday that you have the chance to be part of global rebrand,” said Caitlin Rudnick, VP, group account director at Innocean Worldwide Canada. “We, at Innocean, took this as an opportunity to rethink how we are going to market with everything from brand launches to retail campaigns. It is not just about communicating a retail offering, but helping Canadian consumers to see how owning a Kia vehicle can change the way we think, move and live.”

The Seltos work, which included television, online, digital and in-dealership executions launched earlier this summer. This campaign will be followed by additional global and original Canadian retail spots later this year.