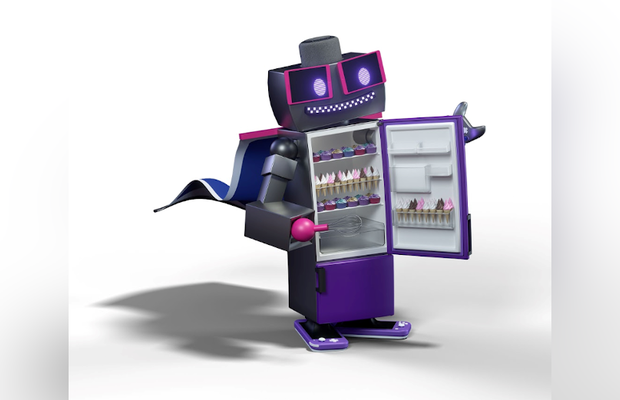 With homeschooling testing parent’s patience, and many struggling to keep their children occupied during the last two weeks before schools reopened, Currys PC World helped keep children aged 13 and under entertained with its new competition. The campaign launched after research revealed 75% of parents felt overwhelmed as they faced juggling work and home-schooling commitments, and over two fifths agreeing that they would like their children to take part in more creative activities, both at home and at school.

As 85% of parents agree that they would like their children to be more involved in STEM related subjects at school, the competition encouraged over 870 children to get creative and design some amazing robots inspired by tech in their homes. Competition submissions came in all types of styles and formats, from pencil and paper, to cardboard boxes, toilet rolls and computer graphically designed tech-robots.

Finlay’s winning tech-robot is named Loki – pronounced ‘Low Key’ and features a Fridge Freezer body that can fill limitless amounts of ice cream. Loki’s mouth is a sound bar to play everyone’s favourite music and his eyes are iPads to keep the family amused. The tech body does not stop there, as Loki also has an Amazon Alexa as a brain, two Nintendo Switches for feet, one arm is a whisk to mix delicious cupcakes or hot chocolates, and the other arm is a Gaming Controller to keep his gaming record on track. Loki’s extra special functions come from his detachable cape that can turn into a film projector screen, and at the end of the day when all the fun and amusement has been had, Loki’s body can transform into a gaming chair to help his family relax and game in.

As the UK’s largest electrical retailer carefully judged the robots, the deciding vote came from TV duo and campaign hosts, Dick & Dom, who were delighted to announce Finlay Oakes as the winner of the ‘Do the Robot’ competition. Finlay wins £5,000 in vouchers to spend on top kids’ tech with the retailer and he will see his robot professionally designed and used in Currys PC World stores across the UK as a pointer to kids tech.

TV duo, Dick & Dom commented: “It was fantastic to see so many entries, we had a really tough task deciding the winner of the Do the Robot competition, but we both agreed the Loki tech-robot was the ultimate winner. We loved Finlay’s careful consideration into how tech would bring the robot to life, particularly the smart-home brain and games controller arms! During these tough times, this entry put the biggest smile on our faces which we wanted to share with the nation.”

Dick & Dom also chose five runners up who each won £1,000 tech vouchers to spend at Currys PC World thanks to their dream tech-robot designs.

Finlay Oakes, winner of Currys PC World, Do the Robot competition commented: “I couldn’t believe it when I found out I had won the ‘Do the Robot’ competition! I loved designing my robot and it was so fun to do something creative when I wasn’t being home-schooled. I spent one week creating Loki and used Currys PC World’s website for inspiration. I am so excited to see Loki used in stores across the country, I can’t wait to go and see it for myself with my family. I will also start planning how I will spend the £5,000 voucher, I’ve already got my eye on a tablet!”

Dean Kramer, director of consumer electronics, Currys PC World says: “By launching the ‘Do the Robot’ competition, we wanted to help parents and guardians across the country by providing a fun creative activity which the whole family could get involved in, or just the children while the parents were occupied. The tech-robot submissions were fantastic, and we loved seeing the imaginative ways which tech could be used to create children’s dream robots. We’re looking forward to our stores reopening and seeing Loki across the country in real life to help children find the best tech to learn, study or keep entertained with”.

Currys PC World’s ‘Do the Robot’ competition launched at 12:00 on Thursday 18th February and closed at 21.00 on Monday 8th March. Each competition entry was designed by a child, 13 years or younger, and submitted by a UK resident over the age of 18 years on the child’s behalf. All competition entries can be found here.