Kim captures the journey of flavour in the VCCP led campaign 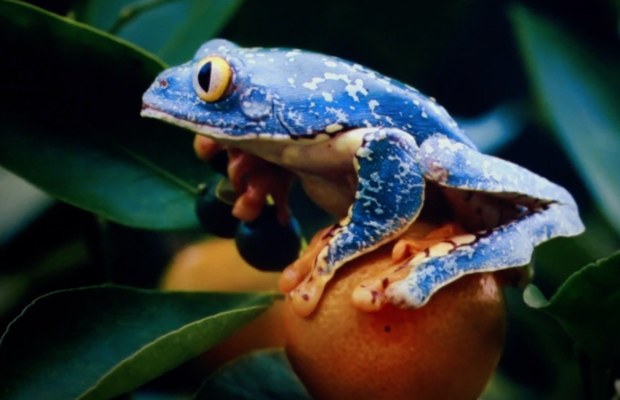 The latest campaign from Green & Black’s shows the viewer how the finest, organic ingredients collide to create delicious chocolate in every bar. Contradicting the traditional portrayals of nature in advertising, the work offers viewers the real deal – rugged, raw, visceral, untamed nature in all its glory.

The stunning work, directed by the award-winning Kim Gehrig, captures flavour like never before. Green & Black’s focus on fresh, organic ingredients allows the film to lean into the imperfections that make its products ‘real’. The campaign will span OOH, social, digital, VOD and TV.

The campaign was initially proposed by VCCP as part of its pitch for the Green & Black’s account during a competitive process. The agency has continued to deliver on the fresh, exciting approach that saw them appointed as lead strategic and creative agency for Green & Black’s in 2020.

Green & Black’s know that the true taste of nature is wildly, deliciously, organic. Since its inception the mission is in their name: Green symbolises their commitment to ethically sourced cocoa, Black stands for the high quality and delicious taste of their chocolate.

David Clements, marketing activation director, Green & Black’s said about the work “We are very excited to show what the brand stands for with our new campaign, taking Green & Black’s back to nature. It’s capturing the idea of flavour in a completely new way, with a feast for the eyes and an assault on the senses.”

Founders of Green & Blacks, Craig Sams and Jo Fairley said: “It’s really gratifying, satisfying and fills us with pride at the way you’ve taken the brand and moved it upwards and onwards, sticking to our founding principles and making it such a wonderful product. We think it’s going to blow everyone away!”

Caroline Rawlings, VCCP creative director added: “ We wanted to create a campaign that completely immersed you in the flavours of nature. Not the serene nature that we’re used to associating with organic food, but the wild, brutal, visceral, unadulterated nature where the best organic flavours are enjoyed. Not missing a drop of juice or a shard of nut. An assault on the senses. Kim got it straight away and her and her brilliant team made a film that exceeded all of our expectations of how a film made during a pandemic would end up.“

Media has been planned by Carat, with PR activity by Golin.

Made of Nature is the continuation of Green & Black’s existing campaign, launched in October 2020. It follows VCCP’s earlier work for the brand, 'Wildly. Deliciously. Organic.' with artist Quentin Jones and photographer Nadège Mériau.