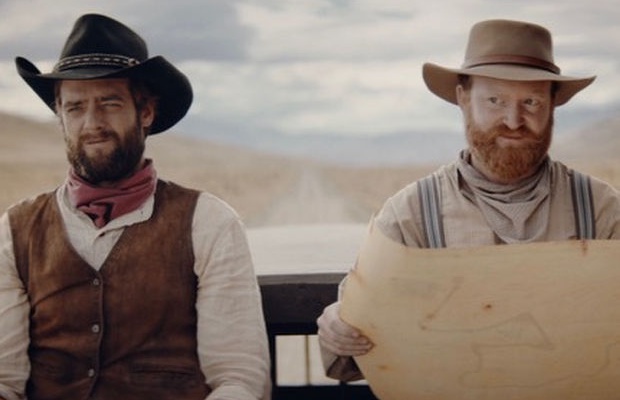 KitKat has launched its latest campaign ‘Maps’ via Wunderman Thompson, Sydney. Set in the Wild West, the newest iteration of the highly successful global platform ‘Snap out of it’ continues to build on the company’s long standing ‘Have a break, have a KitKat’ brand idea.

The integrated campaign launches across broadcast, digital and social, and continues to remind people that while modern life is full of frustrations like GPS dramas, forgetting your password or trying to decide what’s for dinner, usually the best thing to do is simply ‘Snap out of it’ and have a break.

It follows the extremely successful ‘Katapult’ campaign from 2017, which resulted in KitKat Australia reclaiming its position as the leading chocolate bar brand in the category; a position that it continues to maintain today. This success also led to the adoption of the campaign in key KitKat markets globally in the US, UK, Europe, South America, the Middle East and Asia.

Says Simon Langley, national chief creative officer, Wunderman Thompson: “KitKat has always been synonymous with breaks, but the reasons for needing those breaks have changed in the past 80 years. The ‘Snap out of it’ campaign is about empathising with those common modern-day frustrations and finding unexpected ways to exaggerate them. In this case, the Wild West was the perfect environment to do it.”

Says Anna Stewart, head of marketing, confectionery, Nestlé Oceania: “Our latest campaign further strengthens KitKat’s position as the brand that helps people make the most of their breaks. We look forward to this campaign continuing to build on the success of KitKat Katapult.”

The campaign appears across broadcast, digital and social.