Kode and 20something Launch Film Series for EA Sports FIFA 21 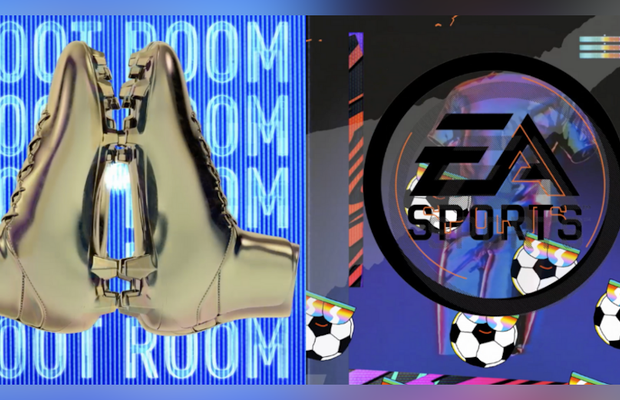 Following recent direct-to-client success with the launch of EA Sports’ UFC4, the relationship continues with Kode having been tasked to support the global launch of FIFA21, EAs latest release in what is one of the world’s biggest, most iconic gaming franchises.

Similarly to the UFC launch, Kode were again partnered by creative company 20something who provided strategy and creative, supporting the production and animation team. Together they developed a digital take-over centring around episodic content called 'Boot Room'. The brief was a Covid-19 alternative to the usual live events that EA Sports would organise to announce the arrival of a new season.

Live Twitch streams and pre-records are a well known format in the gaming community, so the creative team developed a distinctive world for this to exist in, inspired by both modern and old-school gaming animation styles. The result; a series of long and short format films featuring players and hosts such as Phil Foden, Erling Haaland, Samantha Kerr, Georgia Stanway, Bastian Schweinsteiger, Ashley Cole, Javier Zanetti, Alex Scott and Gary Lineker. Each episode is packed wall-to-wall with reactive and dynamic animation to dramatise the match and to amplify the players’ personalities for the audience.

Technically the production team coordinated remote shoots from the Kode office in East London, with players and hosts at their homes across the UK, Spain and Italy and Germany. The player and host’s Zooms were individually captured on a fleet of Macbooks and then players’ games were captured through the PS4’s remote play function and Twitch. No two shoots were the same though, with various technical hurdles to overcome on-the-fly and with little thanks to unreliable internet speeds. The team, in some cases, found themselves couriering mobile internet dongles to players last minute, pre loading the game on PlayStations and having local runners dropping them round to the players’ houses.

The shoots were directed by Kode’s latest signing Pete Banks, who was well within his comfort zone. A self confessed football obsessive, he guided the players and hosts through the chaos, injecting questions and drawing performances out of the players which that die-hard football fans could appreciate. Who knew Phil Foden loved fishing? Well, it turns out Pete did.

Much like Kode and 20Something’s previous collaborations, a hand-picked team was assembled for design and post production; working through the Kode Red creative studio and 20something core team respectively.

Will Thacker, co-founder at 20something said: “We didn't want to default to the usual "two players playing FIFA on Zoom" situation so we developed a smart creative wrapper and design system, one that houses our FaceTime/ Zoom footage. But also one that has enough flexibility to create a mad and unique world around it. A visual tone that captures and elevated the humour, fun and banter.”

Pete Banks, director at Kode said: "To be able to work on the latest FIFA edition for a second year running now is awesome as I’ve played since I was a kid, and amazing for us to hit the ground running as I land at Kode. Bastian’s cool calm dissection of Ashley Cole’s England was a reluctant highlight, listening to them talk through their game so methodically as they played just made me imagine I was on the pitch in the World Cup 2010. Cole “Relax, Enjoy yourself!” Scweinsteiger “Just pass triangles, make it boring”.

Alex Wilde, athlete relations director at EA Sports said: “Once again Kode has brought a fresh approach to our creative. We always strive to bring our athletes together in new ways, in spaces that they can enjoy and be themselves. The Boot Room definitely does this - mixing athlete insight alongside playing FIFA 21 and most importantly, having fun”