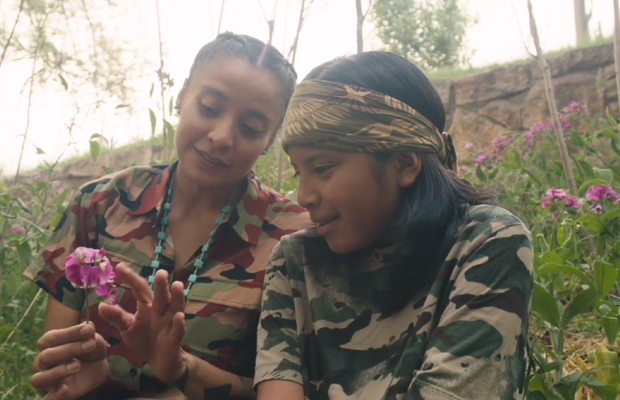 Now in its 28th year, the Sun Valley Writers’ Conference took place over the summer - a literary programme that runs annually in the mountains of Idaho. Stemming from this year’s event, poet and novelist Naomi Shihab Nye curated a selection of poems to be the basis of three short films, made by renowned American filmmakers. One of these films - directed by Academy Award-nominated and Sundance-winning filmmaker Jessica Sanders - is ‘Remember’, based on the poem of the same name by US poet laureate Joy Harjo.

Joy Harjo, who was the first Native American to be awarded the US laureate for poetry, lends not only her words but also her voice to the film, which has influences from the Native American communities and philosophies that inspire her art. Joy is a member of the Muscogee Nation and starring in the film are members of the Navajo nation, including Navajo contemporary artist Tony Abeyta, as well as members of Jessica Sanders’ family, who have global origins in China, Turkey, Spain, and Germany. The film presents these themes of family, interconnectedness and nature through fly-on-the-wall scenes of friends and family dancing, painting, trail walking and more, as well as portrait shots of people sharing photos of their ancestors.

As it was Native American Heritage Day on Friday, LBB’s Ben Conway spoke with the director Jessica Sanders about the production of this visual poem, working with legendary poet Joy Harjo and the importance of interconnectedness between people and nature in a post-pandemic environment.

LBB> When did Naomi Shihab Nye get you involved with this series of ‘poem films’? And did she select you for Harjo’s poem?

Jessica> I’ve been involved with the Sun Valley Writers’ Conference since its inception as a volunteer working with various authors, so I was excited to be part of the conference’s first collaboration with filmmakers. Naomi curated a few poems and Joy Harjo’s poem immediately resonated with me.

LBB> What themes, messages and feelings did you take from ‘Remember’ as inspiration for the film?

Jessica> For me, I connected with the poem’s deep themes about family, connection, and how we are all interconnected as people and to nature. Living through this pandemic, the themes felt especially timely.

LBB> What was it like having Joy Harjo narrate the poem herself? What does that mean and add to the piece as a whole?

Jessica> Joy is also a talented musician and her words came from a song recording she made of the poem. I loved how the musicality of her words give the film a rhythm. It created another personal layer to the film coming from her.

LBB> Can you talk us through the creative process of translating the poetry into visuals - how did you decide to represent these feelings and themes in the visual form?

Jessica> Grace Oh, who makes the flower mandala in the film, is also a sound artist and dear friend. We did a creative session where she took me through a meditative process,  and in a stream of consciousness, I expressed the images, themes and feelings that organically came to me. Grace calls it “a guided visualisation to manifest the  subconscious muse and activate the creator.” I recommend it for any creative!

I am also friends with artist Tony Abeyta who is an amazing Navajo contemporary painter, so it felt personal to include him and his work in the film. As Joy Harjo is  Native American, having Native American representation in the film was important.  Tony is incredibly generous and through his community in Santa Fe, New Mexico I  met and included new friends Owee Rae and her son Kier, and Santiago Romero and his sister Crickett. It ended up being a very organic, free-flowing creative process making the film and meeting the people that needed to be part of it. 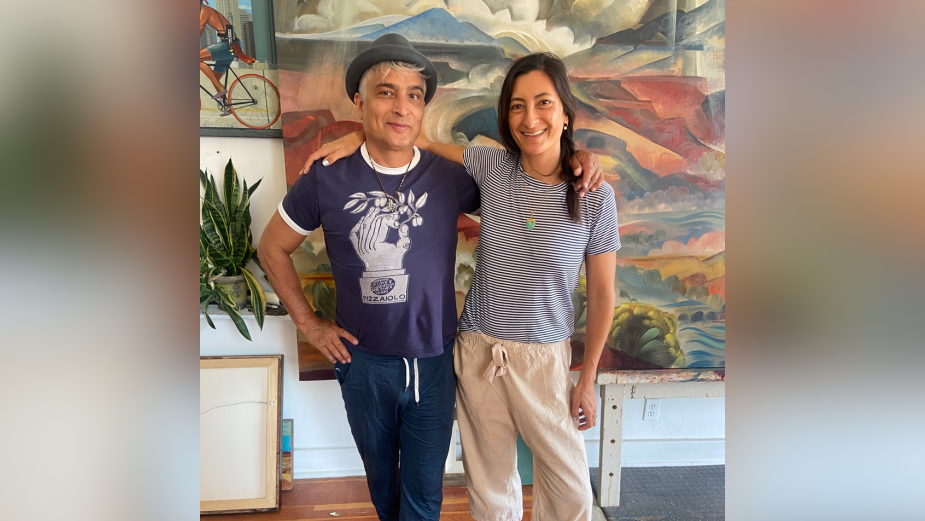 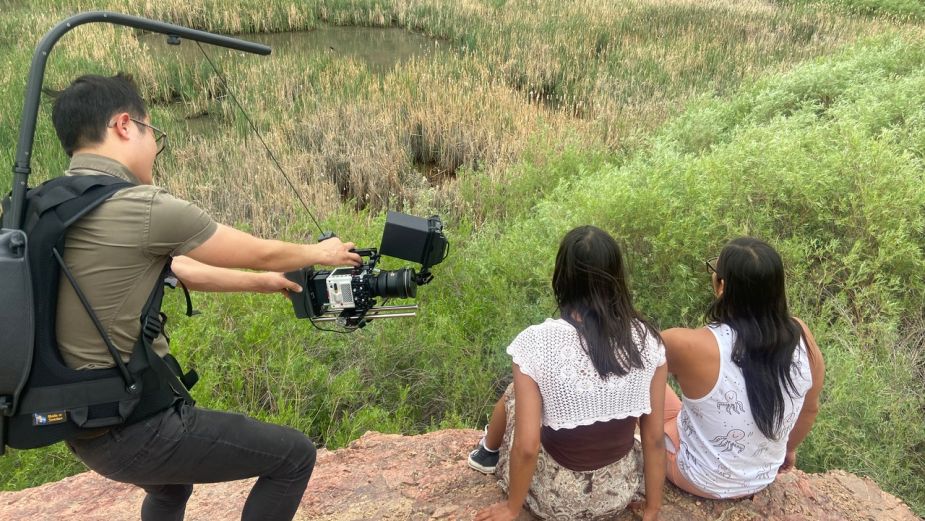 LBB> Family and interconnectedness are significant themes in the film - can you tell us about how you used family in the film. And how was the experience of including members of your own family?

Jessica> I always seek to make work that is emotionally resonant and personal, so it felt authentic to include three generations of my own family in the film. I come from a diverse mixed-race family of filmmakers and artists. Our background is from China, Turkey, Spain and Germany. I also included friends Korzu Taplin and her family, to embrace a diversity of races and cultures in the film which Joy’s poem speaks to.

LBB> How would you like or how did you anticipate audiences to react to the film?

Jessica> We premiered the film at the Sun Valley Writers Conference this summer and many people have told me they were brought to tears which has been very unexpected. I’m happy the film is resonating with people, as they think about their own families and personal life experiences through the film.

LBB> How were the shoots?

Jessica> I come from a filmmaking family where both my parents are directors and my nine-year-old niece is a budding filmmaker and artist. It was pretty funny to direct a family of directors who all have their own strong opinions! I also worked with friend and talented filmmaker/cinematographer Alice Gu (her new film Donut King is out now) -  so I kept the production very ‘in the family’.  Alice’s young son was also on set and had never seen his mom working as a cinematographer which was cool.

LBB> Some of the clips have a ‘fly-on-the-wall’ style to them that creates a really personal and intimate feeling - what were some of the inspirations and concepts behind the shoots?

Jessica> I come from a documentary, cinema verité background so I tried to keep that feeling of intimacy in my approach, utilising a very small, scaled-down crew and always keeping everything personal and relaxed in the filming approach. Like, when we were on a hike with Santiago and his sister Cricket in Santa Fe, we saw an anthill, so I filmed a  moment of them investigating it…which my sister and I would also do growing up. I  love all these little moments that make up life. 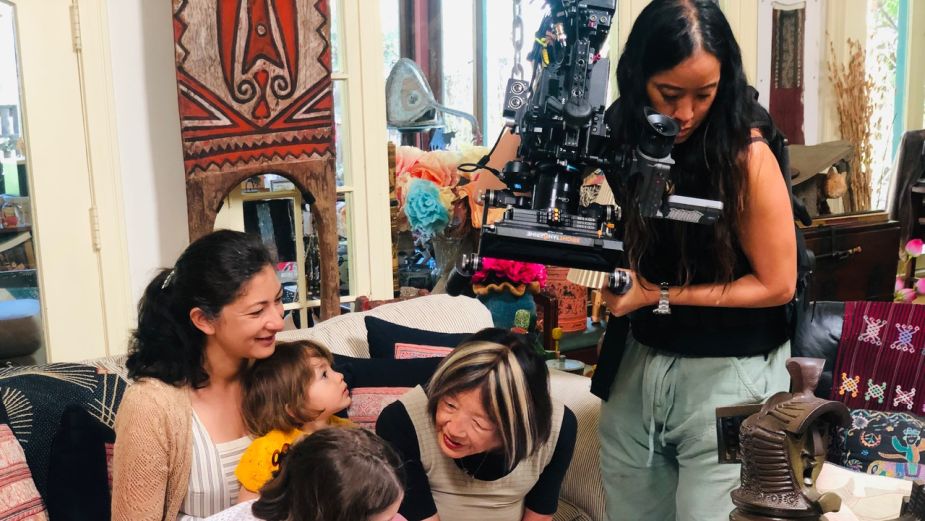 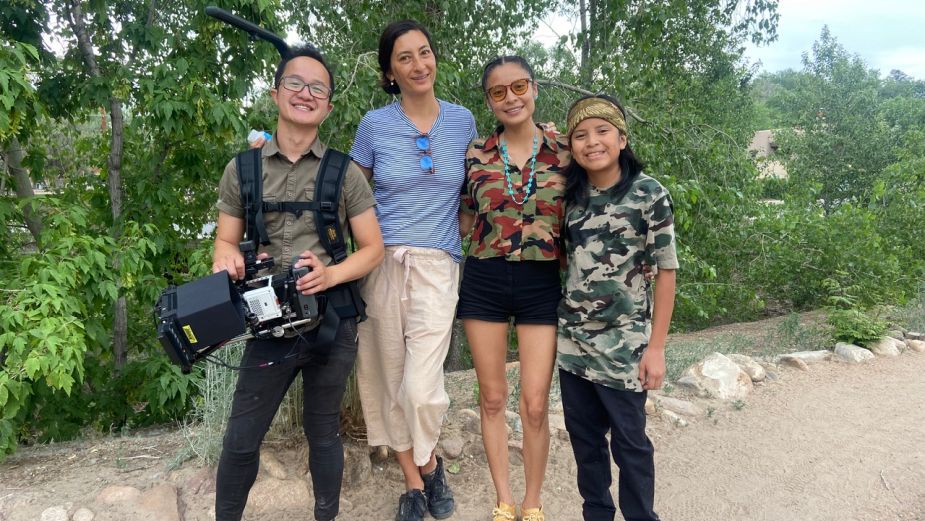 LBB> How was shooting Tony Abeyta at work? Was he open to direction or did you try not to distract him from his art?

Jessica> Tony is so talented and it was generous of him to invite our crew to experience his creative process. It was a joy to watch him work and see how he creates his majestic paintings. He was in the zone, playing records, working on a few paintings at a time, peeking out the window at the action on the street outside his studio, taking a nap. It was a lot of fun to peek into his world and to try to stay out of his way!

LBB> How involved in the editing process were you? What direction and stylistic choices did you decide for the edit?

Jessica> I worked closely with my longtime editor Stephen Berger and the edit came together quickly since we used Joy’s words as our soundtrack. The additional ambient score was provided by musician Grey Gersten. Creatively, I like to let the footage tell me what the film should be and follow that organic approach.

LBB> What is your favourite part of the film and why?

Jessica> I’m rarely in front of the camera so I’m happy I had an excuse to document my family together. Already my nieces who are two and nine years old look different from when we filmed this summer. Seeing my dad with my two-year-old niece Lulu makes my heart feel full. I’m grateful I had this creative opportunity to honour my family.

Interrogate Signs Director Tom Brown in the US