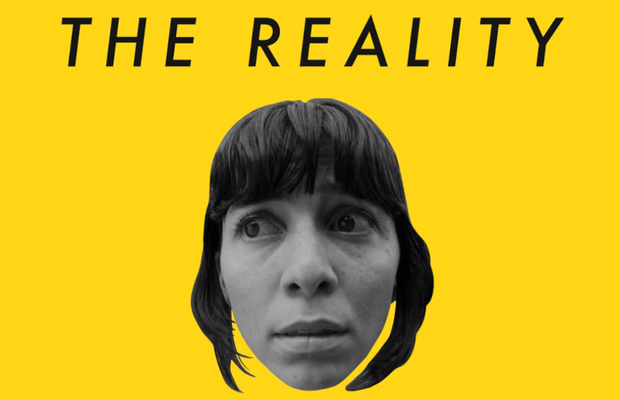 We’re always told that things will get better, to look on the brighter side and keep trying. While this is sound advice, rarely are we told that we will in fact fail, several times and most likely consistently, before we end up doing something right. In ‘The Reality’, HunkyDory Films’ director Trevor Clarence captures these situations in a comedically charming way.
The short film follows the life of our protagonist Alex, who is determined to put herself out there and try new things. In a rushed decision to appear on a career-swap TV show, she finds out that her optimism may just be slightly misplaced, as being a paramedic proves far more treacherous than being a florist.
Shot in black and white, the film took six months to complete and the result is a piece of comedy that encapsulates everything mundane while giving us the thrill and laughs of someone who’s totally out of their depth. With fantastic sound design and music to support the storyline along, Trevor reworked an old sketch idea into something entirely new.
Speaking to LBB’s Nisna Mahtani, Trevor explains the tight budget and time frame of shooting, as well as the ten year old who gave him a first hand review of the short film, live on set.

LBB> Talk us through the title and the premise of The Reality. What did you want to convey?

Trevor> Films and TV shows constantly tell us that if you just put yourself out there and try your best, then you can do anything. But the reality is that sometimes you dig deep and never give up and…just constantly fail.

LBB> How long did it take to create the piece, from initial idea to launch?

Trevor> About six months from idea to finished film. I wrote it in a day or two and then tinkered with it over the months waiting for a gap to shoot it. Once I decided to go ahead we needed to put the shoot together in about ten days because the lead actress [Miranda Daughtry] had to fly to New Zealand to shoot Cowboy Bebop and I couldn’t imagine anyone else playing the role.

LBB> What was the casting process like and how did you land on the actors that made it into the final piece?

Trevor> All of the parts were cast from actors I had cast in commercials, who I knew were talented and would trust me enough to come and work for nothing. The only part we actually cast was Miranda, the lead. I started casting that part before starting anything else because I knew I couldn’t make the film unless I had someone great. Once we saw her audition it was obvious that we needed to cast her. She just made it work.

LBB> The entire film is in black and white, which is quite a different choice for modern comedy. Why did you choose this effect and how does it work with the story?

Trevor> It was quite important to me and I feel it was the right decision. Tonally it elevates the story, it lets you view it as an artistic expression and not sketch comedy. This artistic lens also helps distance the audience from the gruesome reality of what’s actually happening and allows you to laugh at it. And lastly shooting black and white just made it possible to shoot so much in two days with no money. Not being able to art direct everything or spend a lot of time lighting would have just made it all too ugly. The black and white allowed us to create beautiful images faster and cheaper. 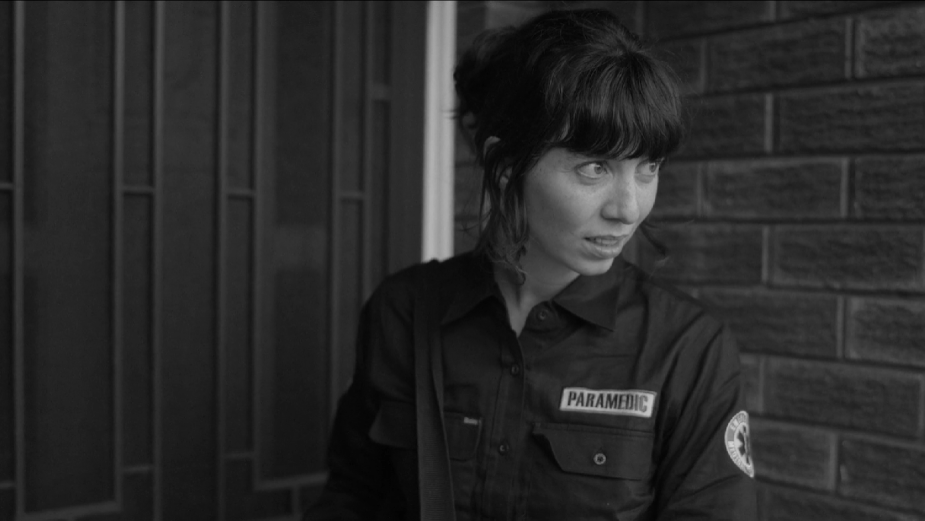 LBB> The protagonist, Alex, finds herself in inopportune situations which have an underlying comedic effect to carry the storyline along. How long did it take to create this contrast in the script and how many drafts did it go through?

Trevor> What I like about her is that she actually creates these situations. She keeps putting herself out there no matter how badly it goes. It went through many drafts but I actually just had a look at the first draft and it’s not that far off from the finished film. It was mostly dialogue changes to strengthen the theme.

LBB> The shots cut back and forth between the florist and paramedic to show the juxtaposition in jobs. What did this editing choice add to the story and why was it so effective?

Trevor> It’s a version of the classic scene where Godzilla is violently ripping through the city and you cut to some janitor quietly and obliviously mopping a floor with headphones on. We get caught up in the drama and tension of a scene and forget how crazy it is, so it’s often hilarious to be jolted back to the real world to get some perspective.

LBB> The sound effects really contribute to the piece in adding suspense, creating laughable moments and even speeding up or slowing down the scene. Can you tell us a little about the sound creation process?

Trevor> I am so happy with how the soundtrack turned out. Right from the first draft, I imagined a crazy drum track that would take you into the lead character’s nervous system. When you watch the film without the drums it really isn’t that exciting or funny. We cut about ten different drum tracks together to make it work in the offline. Then I was lucky enough to have an amazing drummer, Laurence Pike, who could come in and bring it all to life.

LBB> Can you share any memorable moments from the shoot?

Trevor> While we were shooting the park scene this ten year old girl came up to me and asked what we were shooting. I told her it was a comedy. She asked me what the story was, then watched a take and then told me she didn’t think it was very funny. I guess it’s not for everyone.

Trevor> The idea was sparked by an old sketch idea for a job swap reality show, where a surgeon swaps jobs with the editor of the show. We then cut to badly edited footage of a botched surgery. The idea probably worked better on paper than if we had actually filmed it. But years later it turned out to be a great spark to tell what I feel is a meaningful and hopefully really funny story.