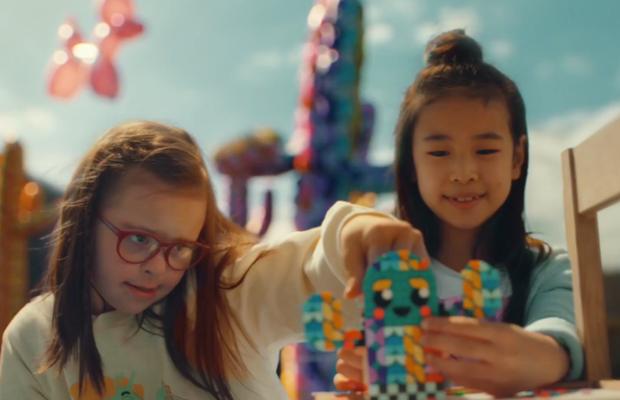 Helicopters, stormtroopers, castles and even firefighter dragons feature in this year’s holiday spot from LEGO. The brand that always puts creativity at the forefront, creates a campaign to help children explore the endless possibilities of the toy that’s been a staple since 1932.
Taking on their ‘Rebuild the World’ motto, LEGO has released instructions to turn existing sets into entirely different creations. For instance, the LEGO Friends Fortune Teller Magical Caravan transforms into an electric sports car and the LEGO Technic Monster Jam Digger Pullback becomes a fighter pirate plane.
With a global fanbase and endless possibilities to create, the brand is encouraging its fans to use the hashtag #BuildToGive, allowing each creation to be an opportunity for LEGO to support a child in need. Using ‘imagine a better world’, the holiday campaign, as always with LEGO, is inspired by the passion and possibilities presented by children every day.
Creative directors Lucas Reynoso Vizcaino and Gonzalo Torres from LEGO speak to LBB’s Nisna Mahtani about the holiday campaign that champions using your imagination.

LBB> We’d love to hear about the initial brief for this piece - we know it was an ad for the holidays, but what was the message you wanted to convey?

Lucas & Gonzalo> The brief was a blend of two main ingredients, so to speak. One was the more commercial, trade-marketing angle, where we’re tasked with displaying the wide diversity of LEGO play so that every parent can find something that speaks to their own kid. But we also want our campaigns to say something bigger about creativity, and playfulness, and their transformative role in our lives. This year, that broader message was ‘change’ - the fact that creative energy is unstoppable, always in flow, and always in flux.

LBB> How long did it take, from start to finish, to create this campaign?

Lucas & Gonzalo> The first creative brief came in early December. The very last asset sign-off happened in late October, so it took approximately 10 months overall from brief to go-to-market. That includes the hero film, the passion-point films, visual design, and heaps of in-store and digital assets.

LBB> It’s fair to say that the campaign isn’t overly Christmassy, what was the feeling you wanted the audience to take away from the campaign?

Lucas & Gonzalo> We’re all about kids’ relentlessly optimistic creativity, and we wanted anyone who engages with the campaign to feel a jolt of creative energy - an irresistible sense of possibility. 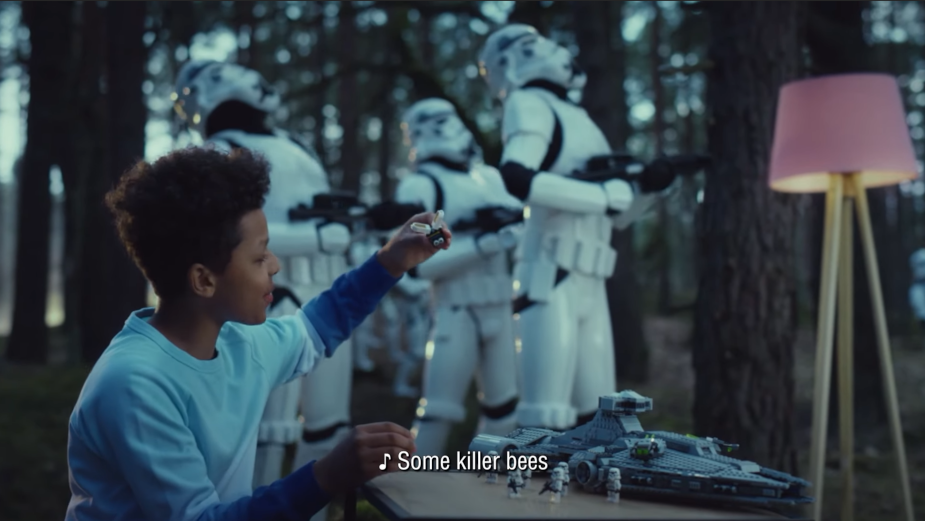 LBB> A vital part of this is the choice of music and sound in the background. How did you choose ‘Don’t Stop Me Now’ and why did you choose this particular track?

Lucas & Gonzalo> DSMN was part of an early list of possible songs the creative team put together to play with internally. We were looking for well-known songs about change, and we had landed on a different classic track – a slower, more ‘musical theatre’ piece, and we were already rather far along in the creative scripting process, but we kept circling back to the energy of DSMN.
So we thought, “Alright, if we could get Queen on board, what would our campaign look like?”. And we tried it, and we loved it, and Queen did get on board, and now it’s out there for the world to enjoy.

LBB> What’s the most memorable reaction to the ad that you’ve heard so far?

Lucas & Gonzalo> A comment on social media that said, ‘Freddie [Mercury] would have loved this so much.’

Lucas & Gonzalo> Our film [above].