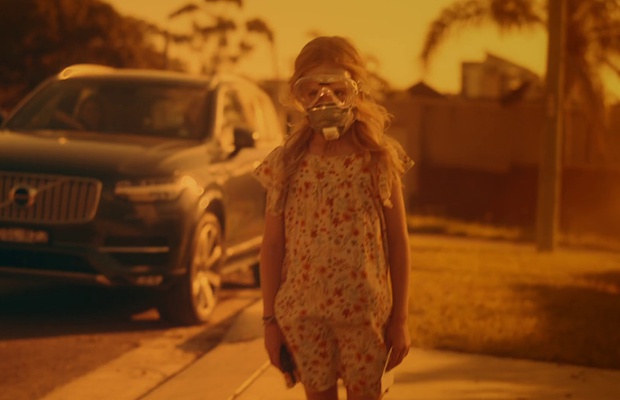 Part of a wider campaign, ‘Letters’ aims to assist independent MP Zali Steggall in introducing her Climate Change Bill to parliament this November and launches in tandem with Global Climate Change Week across social.

Melvin commented: “My family and I were on the south coast when the bushfires swept through last summer. The local community banded together to support us, despite the desperate situation. From having no power to pump petrol or to buy food at the grocery checkout, to mobile reception being cut out, and with it access to the fire warning app, everyone was left to overcome a dangerous situation in a very vulnerable state. Haunted by this trip, I wanted to make a film to not only document this experience, but to also address climate action in a productive and hopeful way, so that we can compel our politicians to enact change.”

Executive producer, Photoplay, Oliver Lawrance, said: “The film was made just before the world shut down for Covid-19, when bushfires were our most pressing problem, but the challenge of climate change remains urgent and enduring. 'Letters' aims to harness people’s desire to do something meaningful, by encouraging them to sign the petition, write to their MPs and help bring about this very real, achievable goal of an Australian Climate Change Act.”

MP, Zali Steggall, added: “The impacts of climate change represent the greatest threat to our national security, economy, health and environment. But if we implement an effective plan now to deliver Net Zero by 2050, we can create a safe and prosperous future for ourselves and our children. This is an issue that unites everyone across the political divide. People all over Australia are getting involved. Thank you for this thought-provoking film, highlighting the need for urgent action. Together, we can make it happen.”

The proposed Climate Act seeks to ensure the long-term safety, security and prosperity of Australia by achieving Net Zero emissions by 2050. Click here to sign the petition.