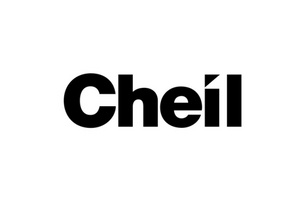 The results of the London International Awards were announced today and Ogilvy & Mather was named the Regional Network of the Year for Asia. The Regional Agency of the Year award for Asia is Cheil Worldwide Hong Kong.
2017 is the inaugural year for LIA's Regional Of The Year Awards. This award is based on a point system awarded to the regional company that attains the highest score based on any entry that wins a Statue or becomes a Finalist.  LIA uses the creative credits that are input at time of entry.
This year Asia performed very well at LIA bringing home 129 statues - comprised of 32 Gold, 43 Silver and 54 Bronze. Asia also attained 56 Finalists.
Ogilvy & Mather's Asian Network performance was driven by strong performances from Singapore (6 Gold, 4 Silver, 2 Bronze and 1 Finalist), Bangkok (4 Gold, 4 Silver and 2 Bronze) and Japan (2 Silver and 7 Bronze).
Cheil Worldwide Hong Kong's Regional Agency of the Year award for Asia was based on winners and finalists in the Main LIA categories plus the LIA's new Chinese Creativity Show, which will be announced on 30th November. They also received half points attained for winning entries that they collaborated on with Cheil Worldwide Germany. The cumulative points from all the winning work made Cheil Worldwide Hong Kong the Regional Agency of the Year for Asia.
Tohokushinsha Film Corporation Tokyo was named Regional Production Company of the Year for Asia
"I would like to congratulate all the Asian Winners and Finalists. 2017 was an amazing year with some exceptional work," stated Barbara Levy, President of LIA. "Winning a LIA Statue was no easy feat. Our highly esteemed juries worked diligently, they visited and revisited each piece of shortlisted work again and again. Kudos to all the winners for producing some of the finest work released in the world this year."
David Guerrero, LIA Print, Poster, Billboard and Ambient Jury President and Creative Chairman of BBDO Guerrero Philippines stated, "Having brought together such a diverse group of people, we've been able to get to a strong consensus about what constitutes... the world's best, most interesting work. We're proud of the awards we've given, we all stand behind them, and we send our sincere congratulations."
Toygar Bazarkaya, LIA TV/Cinema/Online Film Jury President and Chief Creative Officer at We Are Unlimited, Chicago commented, "This is a break out year for Asian work. The different way of storytelling caught the judges' attention as the work was refreshing and transcended cultural boundaries."