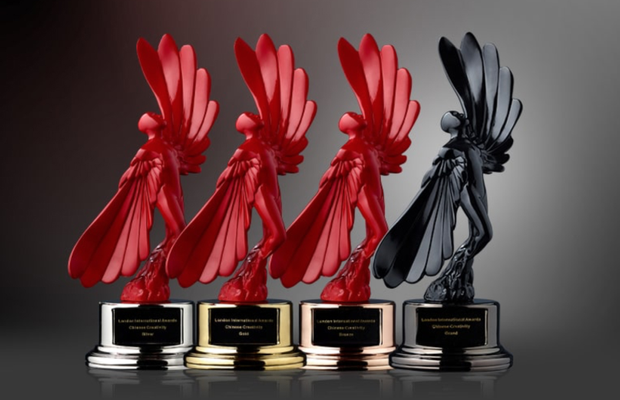 LIA Chinese Creativity, the global benchmark for Chinese creativity, has announced that the Entry System is open.
Established by London International Awards, LIA Chinese Creativity is the only global award show that celebrates the very best of Chinese-language creativity. It expands the LIA's legacy to recognise world-class advertising ideas conceived, written and produced in one of the world’s most prominent languages - Chinese.
Entries must have been conceived, written and produced solely in the Chinese language and broadcast, published or released in a commercial environment with client approval from 1st September 2019 thru 8th August 2021.
With a high-calibre panel of the world’s top Chinese-speaking creatives, all entries will be judged to the same international standards as the LIA global show. Winners will be awarded a coveted Red Statue — the same iconic statue as the LIA Global Statue, coated in brilliant red with a Gold, Silver or Bronze base.
What’s more, LIA Chinese Creativity Statue Winners and Finalists will be assigned point values that will be added to the LIA Global Ranking tallies. So winning at LIA Chinese Creativity puts you among the creative elite. It means you've created game-changing work and moved the creative needle.
The competition is open to anyone from any country with work that was originally created and launched in Chinese. With this in mind, all work must be entered in its original format with no English-translated ads allowed.
Entries will be accepted into the following media: Creative Use of Data • Branded Entertainment • Design • Digital • Evolution (renamed from The NEW) • Integration • Marketing Effectiveness • OOH • Poster • Print • Production & Post-Production • Social Influencers • TV/Cinema/Online Film
For more information, you can visit the LIA Chinese Creativity site here.