Lillet's new campaign 'Lillet: Yours to Define' from McCann London invites its target female audience on an immersive journey showcasing the versatility of the brand 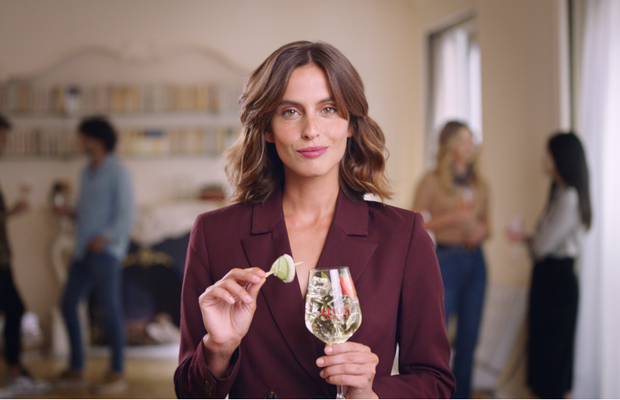 Lillet has partnered with McCann London, to launch the brand’s first ever global campaign since the agency won the business earlier this year. Centred around the brand positioning 'Lillet: Yours to Define', Lillet invites its target female audience on an immersive journey showcasing the versatility of the brand and the various ways and occasions at which it can be enjoyed. The core campaign message is to always follow the brand’s only rule: not to have any.
Through an integrated campaign combining TV and digital, Lillet is positioned as unlike other aperitifs and - similar to the sophisticated female audience it seeks to engage - defying categorisation, suggesting the only way to drink it is ‘any way you like.’ The campaign is a celebration of women who do things their way, in drinks and in life; who break the rules, in order to create their own.
“We are thrilled to release a beautiful campaign creating emotions around the brand while also championing our heritage. For over a century, Lillet has celebrated women as innately elegant, self-confident, and free-spirited. Whether a drink or a lifestyle, it is always ‘hers to define’", said Simon de Beauregard, Lillet global brand director.
This bold mind set is deeply rooted in Lillet’s heritage and history, as Maison Lillet has always put women at the heart of its advertising designs since the creation of the brand in 1872. Today the brand continues to engage with its target audience through bespoke inspiring initiatives around the world, such as 'Les Ateliers Lillet', a global program of events gathering women in a spirit of feminine confidence with female empowerment talks and creative workshops celebrating creativity and know-how.
Kate Pozzi, creative director at McCann London, said: “We’re really excited to launch Lillet’s first global campaign, one that gives women the freedom and permission to enjoy life on their own terms.”
The brand, distributed in 50 markets, enjoyed a dynamic growth of +30% in volume in FY20 and is identified as a global 'big bet' by Pernod Ricard. It addresses very contemporary consumer trends: the need for authenticity, naturality and the growing appetite for lower ABV drinks.
To reflect Lillet’s international footprint, the campaign has been directed by talented fashion film director, Victor Claramunt and produced by La Cosa and Craft London and Craft Barcelona. The campaign assets comprise of three 15” films, social, digital and out of home content, which have been created for global use and are available in four different languages; English, French, German and Flemish.