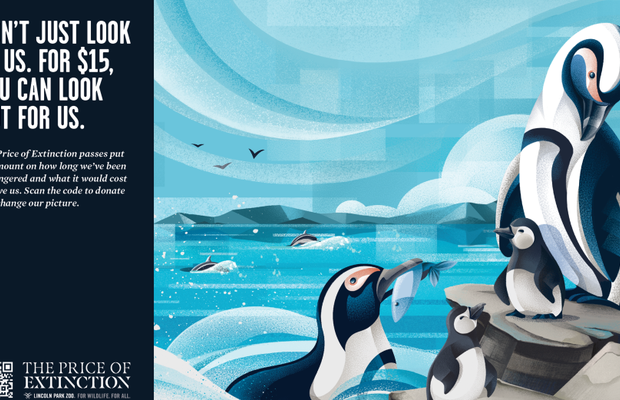 Chicago’s Lincoln Park Zoo has announced its newest campaign, 'The Price of Extinction'. Launching today, Earth Day (April 22) the campaign draws attention to Earth’s most endangered species at the zoo with limited-edition zoo 'passes'. This initiative provides animal lovers with the unique opportunity to pay a small price to help the species survive. Each pass highlights an endangered animal whose pass price correlates to the animal’s extinction rate, with all proceeds going towards conservation efforts. 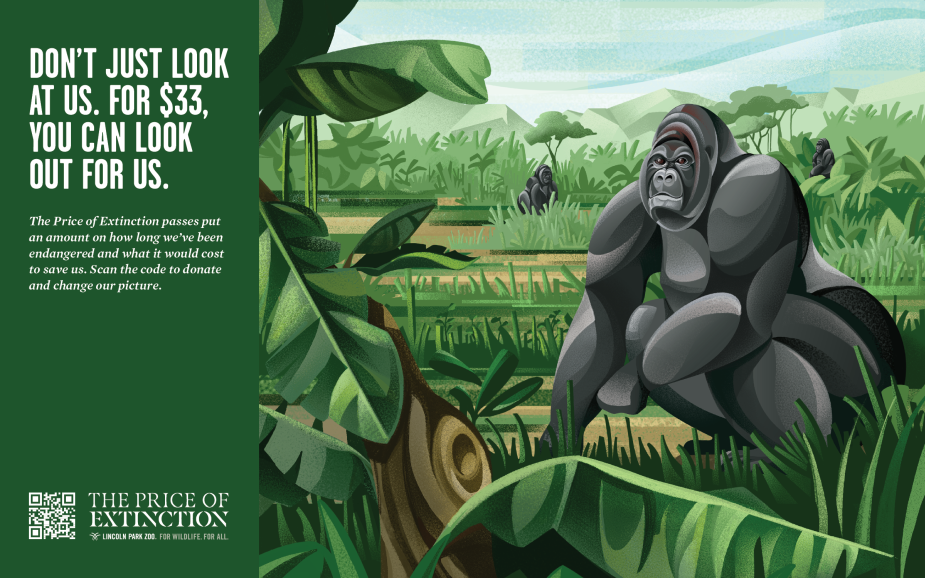 Of the many animals listed as endangered, the Lincoln Park Zoo cares for more than 30 different endangered species that top the list. While Chicagoans love to visit the animals, they often do so without considering that they may be some of the last people with the privilege to do so. 'The Price of Extinction' campaign helps zoo visitors bridge the gap between looking at animals to helping save them. 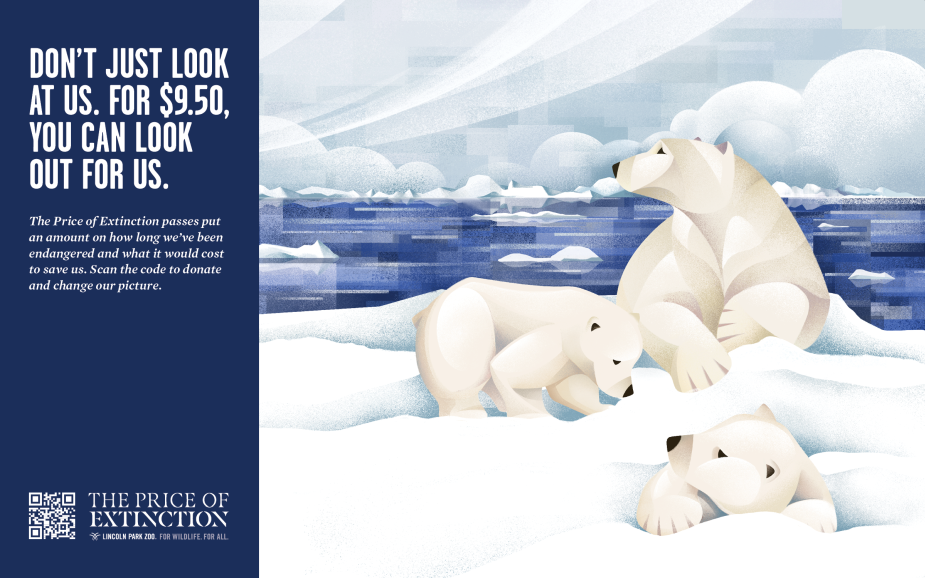 Five of the endangered animals at the zoo (the polar bear, African penguin, eastern black rhino, western lowland gorilla, and Jamaican iguana) are featured in this campaign. The price of each pass is set by a custom-built algorithm determined by data from the International Union for the Conservation of Nature (IUCN) Red List, the definitive, science-based evaluation source of a species’ endangered status. The more endangered an animal is, the more resources it takes to save them. The zoo will continue to remain free to the public, but the passes will serve as an additional way to offer support to the zoo’s conservation efforts. 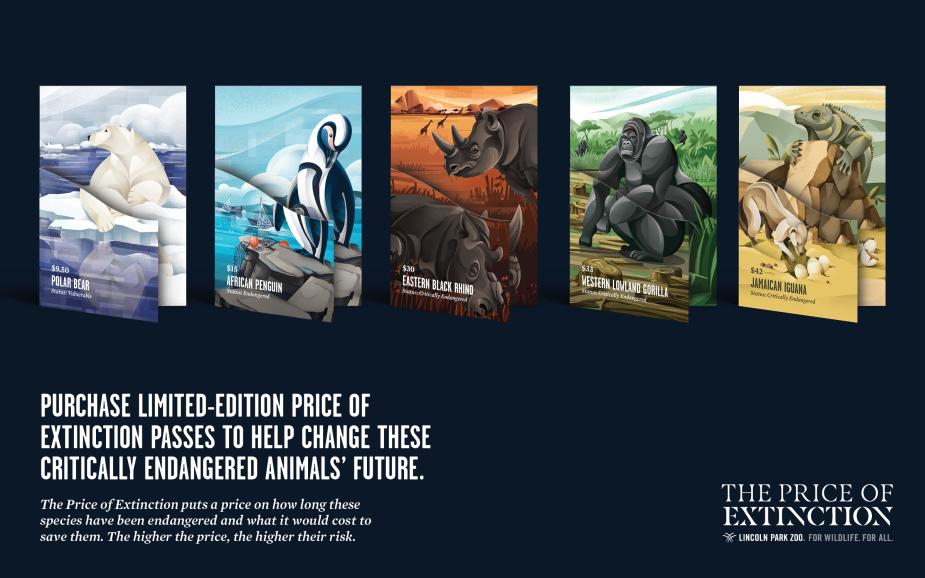 This is creative advertising agency Energy BBDO’s first pro-bono campaign for the Lincoln Park Zoo. Energy BBDO approached the zoo with the idea, seeing it as a way to give back to the city and raise awareness for Earth’s most vulnerable inhabitants. The pass illustrator, Chiara Vercesi, loved both the idea and the zoo so much that she also discounted her time and designs.

This campaign is a labour of love from Energy BBDO to Chicago’s most popular institution, the Lincoln Park Zoo.

“As a privately-funded, free institution, we were thrilled when Energy BBDO, one of the most well-reputed branding agencies in the nation, approached us with the idea for the Price of Extinction campaign,” said Beth Krauss, vice president of marketing & communications for Lincoln Park Zoo. “We are always looking for new ways to illustrate the threats facing endangered species while still offering hope for their survival. With this campaign we’re doing that (quite literally!) and inviting our guests to take action with us on behalf of these majestic animals.”

“There’s a price we’ll all pay as human beings if we don’t do something to save these animals. This initiative gives people an easy and unexpected way to be part of the solution,” add Josh Gross and Pedro Pérez, co-chief creative officers at Energy BBDO.

In addition to the passes, the campaign will live on signage across zoo grounds and at the Gift Shop, Member Center, and Visitor Center. It will also be featured on the zoo’s social media platforms and website, and in the future in free virtual phone backgrounds and as limited-edition art prints that can be purchased.